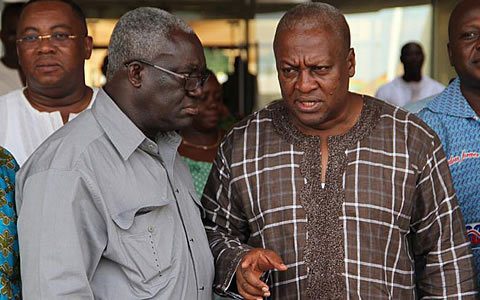 The Ghana Trades Union Congress (GTUC) has kicked against the recent increases in petroleum products in the country, saying the hikes could never be justified in the prevailing economic circumstances. The GTUC, in a statement issued by Kofi Asamoah, Secretary-General, on Tuesday therefore called on the National Petroleum Authority (NPA) to reverse the increases and engage all stakeholders for consultation on fuel pricing.
?No public institution should be allowed to overburden Ghanaians with price increases and a higher cost of living, especially at the time when life in Ghana has already been made so difficult due to policy failures,? Asamoah said.
He called on the government to intervene, as a matter of urgency, to avert any backlash.
The NPA over the weekend announced a nine percent increase in the price of petroleum products effective May 17.
According to the authority, the increase is due to the rise in Free-on-Board (FOB) prices of petroleum products and the depreciation of the Ghana Cedi in terms of the US dollar and other major foreign currencies.
But the Trades Unions recalled that when crude oil prices on the international market almost halved, the NPA disregarded the adjustment formula for pricing petroleum products and denied Ghanaian households substantial savings.
After a persistent public outcry, the NPA only reduced fuel prices by 10 percent in January, 2015.
Asamoah said the recent increase had not only neutralized the positive effects of the 10 percent reduction on consumers but had actually worsened the already harsh economic conditions Ghanaians were forced to cope with.
This, he said, was especially so at a time when businesses were laying off thousands of workers because of erratic power supply and a steady rise in cost of doing business in Ghana as well as the rising cost of living. Enditem