The Unemployed Graduates Association of Ghana (UGAG) on Friday repeated calls on the government to come out with a positive response to their calls for job creation for it members or it will be compelled to hit the streets to register its displeasure and to press home its demand for jobs.

Mr Desmond Biney, the Director of Operations of the Association, made the call in Cape Coast after some executives of UGAG held series of meetings with its teeming members whose plights were boldly written on their faces, in some parts of the Central Region.

Some of the places visited are Assin Fosu, Jukwa, Effutu, Elmina, Abura, Pedu, Kokoado  a community at the University of Cape Coast, Antem, and the Cape Coast town.

Mr Biney debunked claims being speculated in some quarters that the Association was being sponsored by political parties saying they came together because it was frustrating to remain unemployed after years of toiling to acquire higher education.

He said some of the members who have been without jobs for five years or more have tried in vain to be self-employed by venturing into farming and other businesses but due to lack of funds they could not succeed.

He said the Association believes that the graduate should not be jobless after school and therefore the Executives were sacrificing food and sometimes had to walk long distances just to interact with its members to ensure that the problem was solved.

A number of the graduates who the GNA spoke to, expressed disappointment that they were yet to see the 1.6 million jobs, Mr Sam Okudjeto Ablakwa, Deputy Minister for Information, said the government had created within the past three years.

Ms Rose Darkoaa and Mr Roland Nyame appealed to the government to come to their aid because they do not have the capital to start businesses on their own as they would have wished to do.

An estimated 18,0000 graduates are produced annually by the public universities, aside private ones with only 20% of them gaining employment in the public sector. 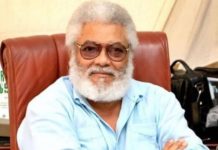