Although Ghana has decent amounts of natural gas, it would be “cost effective” for the country to import liquified natural gas (LNG), according to a study on the country’s energy supply

The survey by UK-based Pangea Risk, published, on Wednesday, said that the infrastructure for supplying natural gas from offshore blocks to the industrial east “is not fit for purpose, making domestic gas supply across the country costly and prone to disruptions”.

Energy experts have noted that gas pipelines are too impractical and expensive and, therefore, the best way to get gas to the consumer is to cool this natural resource and turn it into liquid, which would make it easier to store and ship overseas.

The Pangea Risk report said: “Based on energy data, imports of liquefied natural gas would be more cost effective, more reliable, and cleaner than domestic sources of gas.

“The inclusion of LNG in the energy mix is, therefore, critical for Ghana’s growth and development and is good news for Ghana’s clean energy transition, with gas further displacing heavier fuels while spurring economic growth.”

According to official figures, natural gas is a major source of energy globally, accounting for 21 per cent of the world’s supply in 2010.

Based on the latest data, Pangea Risk assessed the future of Ghana’s energy and power sectors, identifying the opportunity presented by LNG as against domestic supply of natural gas.

Robert Besseling, the CEO of Pangea Risk, said: “Ghana’s approach to energy security is an example to other African economies.

“By diversifying its sources of energy, it encourages reliability and competitive pricing, which will allow for more consistent power generation to boost its economic performance. “By selecting gas as a transition fuel and connecting to the global LNG supply chain, Ghana has secured first-mover advantage in the push for a greener future.”

The report noted the delivery in January of a floating regasification unit from China to the Tema LNG Terminal, which would be able to supply 2.5 million tonnes of natural gas annually for power generation and industrial use in Ghana and West Africa.

The LNG Terminal would enable gas to be supplied at an estimated price of $6.90 per million British Thermal Units (MMBTU), while gas produced locally and landed at Tema would cost almost double this price once gathering and transport costs are included, according to Pangea Risk.

“Ghana now has an opportunity to switch its energy mix from a costly and unreliable supply of polluting fossil fuels to cleaner LNG and become an LNG hub to feed the region,” the report said.

Support for Tema LNG has come from the African Development Bank (AfDB), which has noted that power is currently the single largest impediment to Ghana sustaining high GDP growth.

It said the LNG project would lead to the expansion of the electricity grid.

The International Growth Centre (IGC), based at the London School of Economics and Political Science, reported that electricity shortages had led to a 10 per cent drop in the monthly productivity of Ghana’s small and medium-sized manufacturing firms.

The IGC said that firms were willing to pay more to avoid power outages, indicating that investments in electricity generation, production, and distribution infrastructure would be commercially viable even if they brought higher electricity tariffs.

According to the US Agency for International Development (USAID), Ghana has over 4,000 MW of installed generation capacity, though availability is seldom more than 2,400 MW due to inadequate fuel supplies and infrastructure.

Shell, which has been in the LNG business for over 50 years, will be the source for Tema LNG, which will then deliver straight to the Ghana National Petroleum Corporation (GNPC).

The Pangea Risk report said: “The eastern side of the country has struggled to secure reliable gas supply from Nigeria through the West African Gas Pipeline (WAGP).

“Gas is increasingly becoming one of the main fuel sources for power generation in Ghana, where the energy mix has been largely dominated by petroleum products.

“Currently, Ghana is unable to utilise all its domestic gas supply from the west, which is the result of inadequate investment in gas infrastructure and reliability of supply,” the report added.

The Pangea Risk report is upbeat about the LNG project, saying that it is an important milestone for the country as it moves to position itself as a hub for the cleaner and cheaper fuel in the region.

“The development of LNG-to-power supply in the industrial east of the country will lead to a substantial additional fiscal revenue stream for the government.”

It added that an improvement to the reliability of Ghana’s power supply would also speed up economic growth. 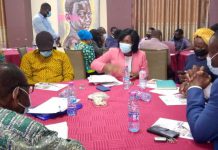 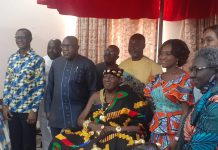 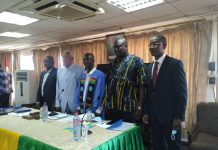 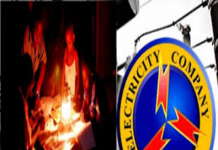 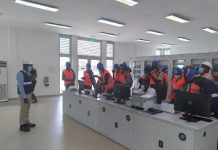 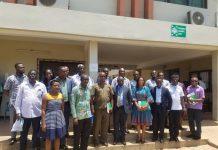