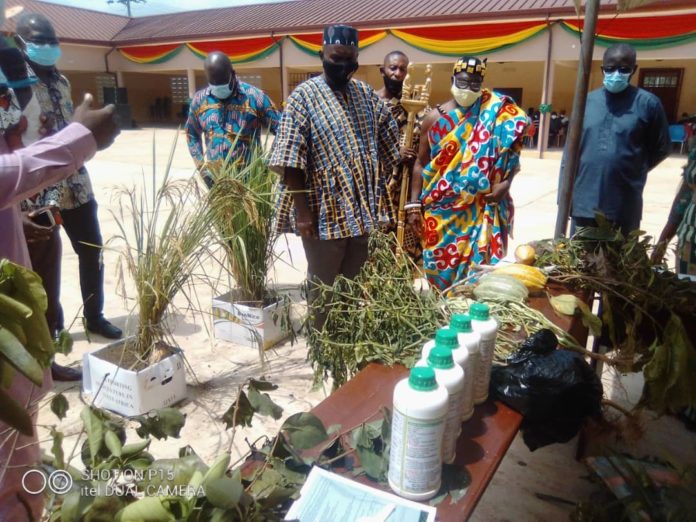 Dr Victor Attuquaye Clottey of the West Africa Centre for Agriculture Bio-Science International(CABI), has called on the country to tighten border examination of all food, seed and planting materials entering the country.

This is to help prevent the introduction of new plant diseases to help protect the plant health of the country.
He said the efforts should not be concentrated on the main entering points but all possible points of entering into the country.

Dr Clottey who made the call at the observation of the International Year of Plant Health 2020 at Moseaso near Anyinam in the Eastern Region called for the acquisition of equipment to enable the country to impose the same level of control on agricultural produce leaving the country on agriculture products coming into the country.

He said since 2017, government had employed 2,700 Agriculture Extension Agents to help in educating farmers in the country on safe agricultural practices to protect the plant health of the country.

Mr Arnold Ampiah of the Food and Agriculture Organization(FAO) of the United Nations said it was better to protect plant health to sustain agriculture than to respond to emergency food needs due to poor plant health.

Mr Kwabena Nkansah Panin, the District Chief Executive of Atiwa East said plant health was a global issue and required the collaboration of all stakeholders to ensure sustainable management of plant pest for sustainable plant health.

The Eastern Regional Director of Agriculture, Mr Henry Creststil said, illegal mining and excessive use of pesticides in the region were threats to plant health in the region and they had initiated a project to ensure that all districts in the region developed a taro demonstration plot to promote its production.

The Chairman of the programme, Barimah, Dr Owusu Takyie, Chief of Akyem Sekyere called for a law for the protection of farm lands.