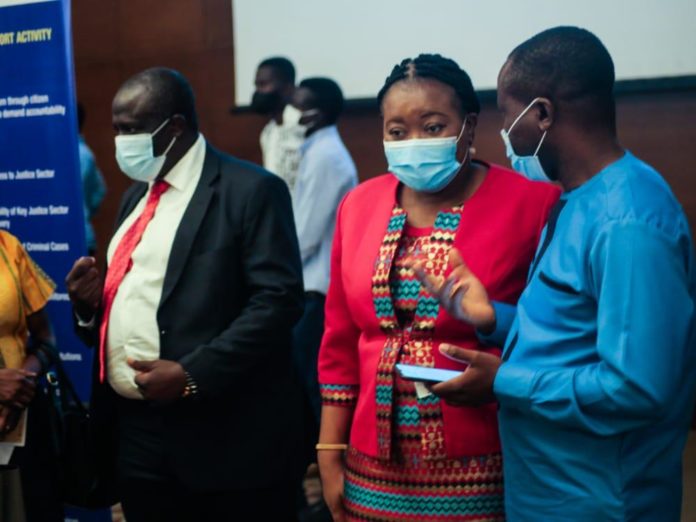 The United States, through the United States Agency for International Development (USAID) has launched the “Justice Sector Support Activity” Project in Accra.

The three-year project, is being implemented by the Legal Resources Centre (LRC) in partnership with the Commonwealth Human Rights Initiative (CHRI) Africa Office and in collaboration with Crime Check Foundation (CCF).

The CTS project which is being supported by the USAID is to enable the key actors in the justice delivery system to electronically access and track the various stages of criminal cases from the point of arrest, investigations, prosecution, conviction, rehabilitation and release.

Ms Daphne Lariba Nabila, the Executive Director of LRC speaking at the launch said the project seeks to monitor and sustain the implementation of Ghana`s CTS.

She said the system was a software system instituted by Chemonics International and partners aimed at employing technology solutions to track criminal cases from inception until being disposed of.

She said the project, which would be implemented in 40 target Districts in eight Regions would ensure that marginalized communities through mobilization and innovative public education programmes were aware of and supported to track the progress of the delivery of the CTS.

The Executive Director said the project would keenly monitor and advocate the utilization of the CTS by targeted Justice Sector Institutions, mobilize citizen groups to monitor the CTS process and facilitate demand for its functionality.

Ms Nabila said over the past two decades, Ghana‘s criminal justice system had witnessed considerable progress in justice delivery culminating in the country being adjudged as the sixth best in Sub-Saharan Africa in civil justice in 2020.

She said “however, inherent systemic and operational challenges has inhibited effective and equitable criminal justice delivery.”

She said the country’s justice system is being undermined by inter-institutional collaboration challenges, and resource constraints leading to limited access to justice.

She said in spite of the progress made at enacting legal frameworks, the criminal justice system was characterized by slow and delayed adjudications due to the limited application of technology for tracking dockets and in administering criminal justice.

She said the project would collaborate with the Ghana Police Service, Ghana Prisons Service, the Attorney General’s Department, the Legal Aid Commission, the Economic and Organized Crime Office, the Judicial Service to strengthen the System through citizen engagement, empowerment and the voice to demand accountability and improved services.

Justice Samuel Marfo-Sau, a Justice of the Supreme Court said the introduction of the system was critical and timely as it would expedite criminal trial and promote peace in the country.

He said there was usually lack of communication between stakeholders and this normally led to delays in the criminal justice system, and as such with the good implementation of the system, the problem would be a thing of the past.

He said Articles 14 and 19 of the 1992 constitution was important as far as criminal trials were concerned and the judiciary was there to protect dignities of citizens and as such hold these articles which talk about fair trial and dignity.

“Looking for the time that the system would be integrated into the judicial service E-Justice system, so that together we can improve the justice delivery system for every Ghanaian,” he said.

Mr Ibrahim Oppong Kwarteng, Executive Director, CCF said infractions of the law by some criminal justice agents, massive congestion and lack of a proper classification of the prisons and missing dockets of accused persons and convicts among others appeared to have blighted Ghana’s envious designation as a champion of human rights in Africa.

He said the CCF’s consistent advocacy for reforms in the criminal justice laws had brought to the fore the numerous challenges that made it difficult for the prisons to become purely correctional institutions.

He said the project was therefore important within the context of the challenges outlined, because of its capacity to strengthen the justice sector institutions for efficient justice delivery.

“For a successful implementation of the project, we at CCF will bring on board the media visibility required in fast-tracking the project objectives,” he added.

Mr Emmanuel Mensah-Ackman, Representative from USAID commended the LRC and its partners for leading civil society efforts to strengthen justice delivery by improving public confidence in the criminal justice system in Ghana.
He said a strong justice system was vital towards Ghana’s development and ability to sustain self-reliance.