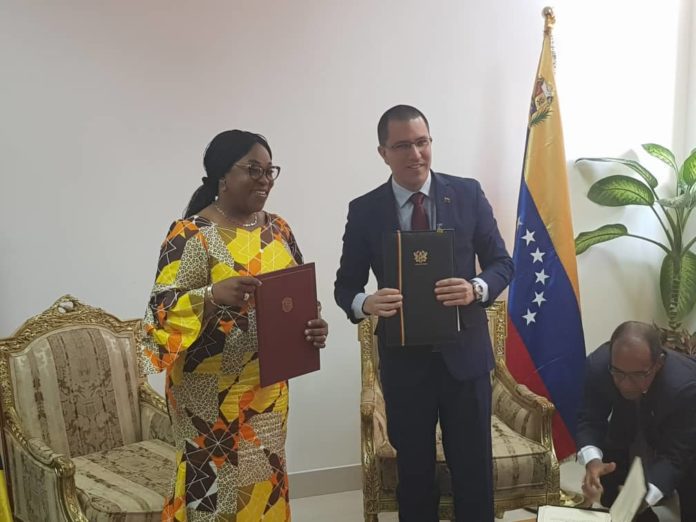 Ghana’s Minister for Foreign Affairs and Regional Integration Shirley Ayorkor Botchwey and her counterpart from the Bolivarian Republic of Venezuela Jorge Arreaza on Monday pledged to work towards enhancement of the already-cordial relations with each other.

Ghana and Venezuela have enjoyed very good relations since the establishment of diplomatic relations in 1964 and the relations have continued to flourish over the years.

In an interaction with the press after welcoming Arreaza to Ghana as part of his three-nation African tour, Botchwey said her counterpart’s visit is at an opportune time for the two friendly countries to critically assess and weigh the positive contributions the relations have made to their social and economic development.

She said although Ghana and Venezuela have signed a cooperation framework agreement and an MOU for political consultations, there is now an urgent need for both sides to take advantage of the various opportunities that exist in their respective countries by enhancing interactions in trade and investment activities, particularly in the oil and gas sector. 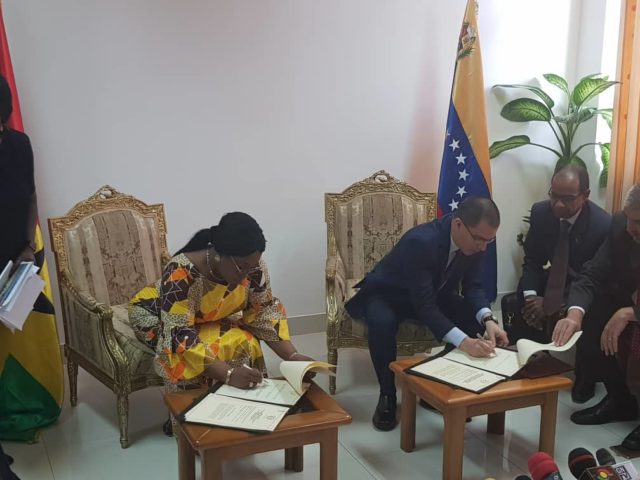 “It is my hope that our two countries would partner in the oil and gas sector for our mutual benefit,” Botchwey told Arreaza, whose country is a leading player in the global oil and gas industry and holds the world’s largest proven oil reserves, with crude oil being the main product exported.

Arreaza said the Venezuelan president is very interested in exploring ways to join the free trade area that the African Union has been building.

He said Venezuela is going to work in advance when the free trade area is ratified by at least 22 countries of the AU and the AU would have proposals from Venezuela, Latin American and Caribbean to join.

Both Botchwey and Arreaza signed different cooperation agreements on behalf of their respective nations.

Arreaza’s African tour has already taken him to Mozambique and South Africa.