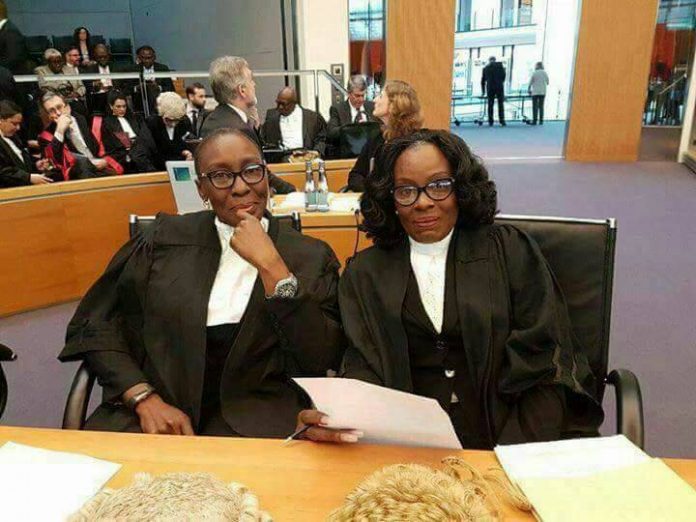 A former Deputy Attorney General, Dr. Dominic Ayine had disclosed that the Mahama government was compelled to drag Ivory Coast to the International Tribunal of the Law of the Sea (ITLOS) because they frustrated all the bilateral talks on the maritime boundary dispute .

Côte d’Ivoire had accused Ghana of overstepping its maritime boundary in the exploration of oil at the Jubilee Fields in the Western Region.

But the ITLOS Chamber in a unanimous decision on Saturday held that, there has not been any violation on the part of Ghana on Côte d’Ivoire’s maritime boundary.

Dr. Ayine who was part of those in the helm of affairs when the case was sent to ITLOS in an exclusive Citi News interview said ITLOS became the only option because Côte d’Ivoire “kept changing the goal post.”

“In the first place, what led to the decision was the fact that in all the bilateral efforts that were made to get the Ivorian side to come round to the point where we could get a bilateral solution to the problem did not yield any fruit. We realized that they kept changing the goal post and then changing their positions now and again up to the point where we got so frustrated that we thought that we needed a third party adjudicator to put this matter to rest.”

“That is how come that my boss made the decision and advised the former President of the Republic that this was the right thing to do. So it was to prevent the situation where the bilateral processes will not lead to a negotiated settlement,” added.

He was also elated over the victory at ITLOS saying it was as a result of the “hardwork” exhibited by the team which comprised of “people from the Ministry of Petroleum, GNPC, Attorney General’s Department, Ghana Maritime Authority…led by my boss [Marietta Brew Appiah-Oppong] and the experts that she procured to assist us in the resolution of the dispute.”

In 2007, Ghana discovered oil and gas in commercial quantities, and this was followed by Cote d’Ivoire staking its claim to portions of the West Cape Three Points.

These claims were renewed in 2010 after Vanco, an oil exploration and production company announced the discovery of oil in the Dzata-1 deepwater-well.

Cote d’Ivoire petitioned the United Nations asking for a completion of the demarcation of its maritime boundary with Ghana, and Ghana responded by setting up of the Ghana Boundary Commission.

This commission was tasked with the responsibility of negotiating with Côte d’Ivoire towards finding a lasting solution to the problem.

But this commission bore no fruit, and in September 2014, Ghana dragged Cote d’Ivoire to ITLOS after 10 failed negotiations.

ITLOS’s first ruling in 2015 placed a moratorium on new projects, with old projects continuing after Cote d’Ivoire filed for preliminary measures and urged the tribunal to suspend all activities on the disputed area until the definitive determination of the case.