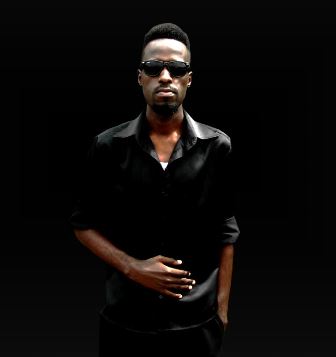 A new Artiste is rising in West Africa by the name?Augustine Jebor. This artiste, who is a radio DJ now turned musician is also known by his stage name AJ. Over the past decade, AJ has spent time working as a radio DJ with some of the most prolific radio stations in Ghana as an on air presenter of contemporary music programs. AJ says his career change stems from the burning desire he has to seriously pursue his musical ambitions: ?I have been pushing my music back for years due to other personal engagements, but in ?the past two years I have had the strongest feeling to move it to the next levee and 2014 feels right to launch out?.
?I am a rapper and my musical genre stems from my deep hiphop roots so I basically see myself as an Afropop artiste? says AJ. He also describes himself as a fighter, hustler, surviver, true friend, a realist, laid back kind of person who is a big fan of music and is very passionate about introducing his personal version of beats and lyrics that give credence to both his hiphop roots and unique African heritage.
This new Ghanaian artiste plans to use his music to identify with the younger generations in Ghana and across the world who still rise despite their daily difficulties. He believes like them, he too understands struggles because he lives it everyday and works hard to evolve into a better person from it. ?I want to be that voice to shed light, inspire and give hope to the hearts that have given up on the hustle so they get back their power to believe in themselves again?.
Ghana?s newest rap sensation strongly believes in God and the power of a people to control and direct their own destinies by not being too dependent on other things and people. As an artist, AJ simply wants to inspire and put a smile on the faces of people who are taking life too seriously and missing out on that daily opportunity to let lose and smile for a second.
Spend a minute speaking with AJ and one thing becomes obvious?-his strong zest for life and readiness to infect people with it through his music. His biggest role models besides the average youth on the streets of Ghana are two global icons: the late 2pac Amaru Shakur (American hiphop rapper) and Nelson Mandela (former South Africa President) respectively.
So what?s new with AJ you ask? Well, he just finished working hard on the single for his untitled first album on which he features ace Ghanaian musician?Trigmatic. ?My single is called ?You and I? and also features?AKO who is an up and coming young artist. The song gives admiration to independent women who ride and die for their men? and is produced by Richardson Biney aka Coco.
We will keep you updated on the career paths that AJ journeys on and will make sure to be the first to share his single when it comes out. Reach out to AJ himself via Twitter (@AJdahottest) or check him out on?Facebook too. ?My first album will be a reflection of my beliefs and philosophy. It will still be earthy and bouncy and my single is just to give my fans an idea of what to expect?. AJ says his doors are open for future collaboration with artistes all over.