According to him, NPA had to revise the initial start date of April 1, 2017, mainly to engage Tema Oil Refinery (TOR) to make sure that the State-owned refinery as a national asset is not put at a disadvantage position.

He announced this at the 4th Annual General Meeting of the Chamber of Bulk Oil Distributors (CBOD).

According to a report published last year by Public Eye, a Swiss-based NGO, which is partner to Ghana’s ACEP, some European companies have been shipping toxic diesel to many African countries, including Ghana. 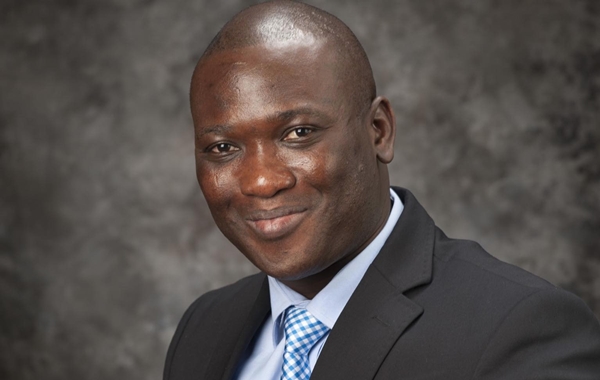 The report revealed that the diesel samples contained up to 378 times more sulphur than is permitted in Europe.

There is some evidence that diesel exhaust exposure can increase the risk of heart problems, premature death, and lung cancer.

Throwing more light on the sensitive issue, he noted NPA had to push the date forward because the gazetting has not been completed yet by Ghana Standards Authority (GSA) and, therefore, there is little legal basis to commence enforcement in April.

He stated that pricing reference for petrol which currently is based on Research Octane Number (RON) 95 and 10ppm sulphur would remain unchanged.

However, he said, the pricing reference for diesel would change from current 1,000ppm to 10ppm reference price.

Fears of some price increases downplayed

Even though there are fears of some price increases, the NPA boss anticipates that the key competition deregulation has brought would even out any potential price increases which would ultimately benefit the consumer.

He was of the belief that this policy would help reduce carbon emissions and improve on environmental and health standards.

Tampuli noted that the key policy for downstream, which is deregulation, has helped to drive local content gains made saying the policy has helped open up the industry to the private sector and also given birth to Bulk Oil Distributors (BDCs) as well as other players who are mainly Ghanaian businesses.

He acknowledged that the BDCs have played and continue to play a critical role in the import of petroleum products to augment TOR’s production, adding that NPA views BDCs as key partners in the sustenance of economic activities in the country.

He identified typical challenges facing BDCs to include forex losses, under recoveries, unpaid subsidies and below cost recovery pricing which almost crippled BDCs and the financial sector.

According to him, Ghana’s downstream industry is seen as pacesetter in the sub-region with other countries emulating Ghana’s successes.

Tampuli announced a number of key policies his administration intends to implement to push the industry into a much more efficient level.

He stated that NPA was working on improving on adherence to safety standards by Petroleum Service Providers (PSPs).

To this end, he said rigorous safety campaign would be implemented starting from the second quarter of 2017.

The activities will include regular safety audit off all stations and PSPs found to compromise on safety will be heavily sanctioned, including withdrawal of operating licence.

Tampuli said the Authority would set aside a day to be known as national safety day to promote the safety of petroleum products.

He disclosed that 12 legislative instruments that would be introduced in parliament this year and roll them out as and when they mature.

According to him, the regulations would provide guidelines for fair competition, ensure quality of products, prescribed fees and charges, and provide for safe handling of products, among other things.

In addition, he said, the NPA law which has been in existence for well over a decade will also be amended to reflect advancement in the industry.

In the coming weeks, he said, NPA would send the clearest signal of readiness to enforce licensing regime.

“Conditions under which licences were issued will be strictly enforced and expects that CBOD will cooperate with NPA to instill some discipline into the industry,” he added.

NPA to insist on minimum capital

Tampuli said apart from insisting on the minimum capital and storage facilities up to scratch, NPA would insist that BDCs show evidence of some trading lines.

“BDCs business is not child’s play. We will insist that everybody, who has a licence, measure up to the standards,” he added.

Updated guidelines for the grant and renewal of licence

He said in the first quarter of this year, the NPA would come out with updated guidelines on minimum for the grant and renewal of licence and would engage CBOD as well as other relevant stakeholders to ensure the success of the exercise

Tampuli said downstream is expected to evolve into a much more efficient state in terms of operations and regulations.

As a result, he said, there would be advancements such as gradual shift in the pricing window from the current two weeks to daily pricing window.

He added that differentiated station pricing by OMCs and deregulation of transportation would all be rolled out in the near future.