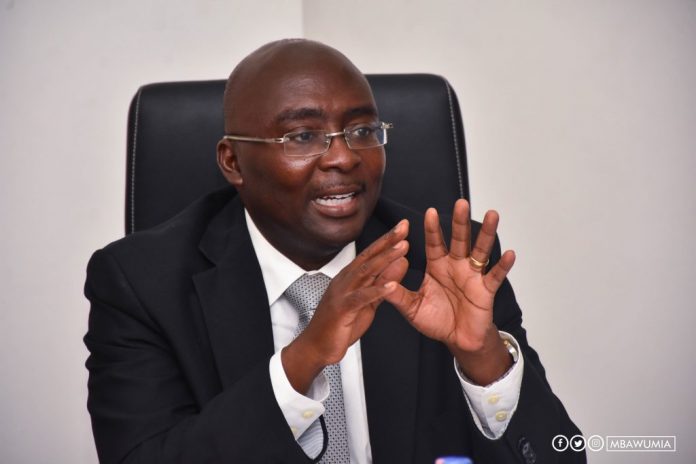 “With this, tax administration will not only reduce the turn-around time for taxpayers to do business but will also improve service delivery,” he stated.

He said the country had reached a stage in her development, where it could not progress without adopting appropriate, current and improved technology to make tax administration convenient for taxpayers.

Dr Bawumia was speaking at the closing ceremony of the 38th Commonwealth Association of Tax Administrators (CATA) Annual Technical Conference, in Accra.

The five-day conference, which was on the theme: “Leveraging Technology to Enhance Revenue Administration”, brought together 209 participants from 18 Commonwealth countries and International Tax Organisations.

The discussion of the conference was developed around two sub topics; “Facilitating, Monitoring and Enabling Compliance through
Technology and Equipping Staff with skills to deliver in an Increasingly Digital Environment.

He charged the participants to be ambassadors of what technology could do and take the initiative in recommending e-solution to deal with issues.

He said the Customs Division of the GRA in September, this year, started the implementation of a paperless clearance of goods from the ports and these two platforms were greatly helping in the GRA’s revenue mobilisation drive, which was an ample testimony of the what technology could achieve when properly leveraged. The Vice President urged the delegates, especially those from developing parts of the Commonwealth, not to lose sight of what technology could achieve for revenue administration.

A communiqué issued at the end of the conference also underscored the need for deploying technology to maximise receipts from taxes.

Mr Duncan Onduru, Executive Director of CATA, read the communiqué, which said the Association recognised that domestic revenue mobilisation played a key role towards the realisation of the Sustainable Development Goals.

The Communiqué said many Member countries were undertaking or considering far reaching reforms and a modernisation agenda with the aim of improving their internal processes, systems and procedures to respond to the evolving needs of the taxpayers and changing business environment.

It said recognising the increasing importance of digitisation was a critical feature of tax administration of the Century; the Association adopted the theme of the conference.

It emphasised that investment in technology was critical to responding to the emerging business models as well as managing the cost of tax collection and improving compliance.

The communiqué said issues arising from the Conference reiterated CATA’s commitment to continue fostering of partnership among Members and to exploring options.

It expressed gratitude to Members who continued to support CATA training programmes by offering facilities.

It also encouraged Members to take advantage of the capacity building initiatives that the Association was pursuing and extended its appreciation to partner organisations, which were working with or assisting CATA in the furtherance of its outreach programmes.

It welcomed the commitment of the international community to the Addis Tax Agenda to support revenue mobilisation in developing countries.

The Communiqué called for continuous engagement by developing countries during the implementation of Tax policies and noted the critical role that digitisation would play in the current transparency in tax reporting and exchange of information among countries.

It said the Association welcomed the move towards the creation of the network of tax organisations as a viable platform for building synergies among organisations in their effort to provide service to the mutual members.

The Association was committed to exploring opportunities for sharing of experience and best practices, for example, through facilitation of study visits, sharing of research findings and providing experts to facilitate CATA capacity building events through leveraging available technology platforms.
GNA/Newsghana.com.gh

Special court for prosecuting SF drugs dealers in the offing