Ghana’s economy is anchored on robust economic and social policies and programmes rolled out by the Government to impact on living standards of the populace, targeting those in rural settings.

In a speech read on his behalf at the opening session of the second edition of the SDG investment fair, President Akufo-Addo told participants his Government had identified eight pillars to consolidate the country’s economic stability after inheriting a wobbling economy in 2017.

In July this year, The Minister of Planning, Professor George Gyan-Baffour, told a High Level Political Forum at the United Nations about Ghana’s impressive progress on many of the SDGs.

His presentation was the country’s first voluntary national review report on operationalising the 2030 global plan.
The report said, overall poverty declined marginally from 24.2 per cent in 2013 to 23.4 per cent in 2017, with growth in domestic productivity, measured in Gross Domestic Product, accelerating to 8.1 per cent in 2017, thereby making Ghana the second fastest growing economy in Africa in that year.

Key macroeconomic indicators – budget deficit, inflation and interest rates, were trending downwards, while the country’s trade balance recorded surpluses in 2017 and 2018, leading to an improved balance of payment position.

President Akufo-Addo was hopeful this year’s investment fair would build on the success of the first edition by bringing in more investors and entrepreneurs together, and create “deal rooms,” where they would close major business transactions.

He called for increased partnerships between the Government and the private sector, research institutions, academia and civil society organisations to ensure, “we make the right choices from now, to enhance the quality of life for the generation yet unborn”.

He said his government was committed to implementing the SDG agenda 2030 and the African Union agenda 2063.
The AU agenda summarises Africa’s aspirations for the future and identifies strategic drivers that could boost Africa’s socio-economic growth and rapid transformation.

“As we move towards developing our infrastructure and strengthening our manufacturing sectors, we are guided by the fact that digitalisation will impact greatly how we produce, trade and source financing to expand our industries,” President Akufo-Addo added.

Mr Ken Ofori-Atta, Minister for Finance said a number of initiatives were developed to direct private capital into the sustainable development space to complement government efforts.

One of such initiatives is the Accra SDGs Investment Fair, he said, and that governments across the globe were joining hands with the private sector to close the SDGs financing gap estimated at $2.5 to $3 trillion annually.

According to the 2019 Global Wealth Report by Credit Suisse, global wealth grew during the past year by 2.6 per cent to 360 trillion dollars, which Ofori-Atta said, was one of the main reasons for the recent focus on private capital for sustainable development.

“This is a proof that the global private sector has the capacity to help governments finance the implementation of the Sustainable Development Goals,” he added.

He encouraged both local and foreign businesses and financial institutions to support the financing of the SDGs through partnership and injection of into projects and businesses with the potential to bring Shared Value. 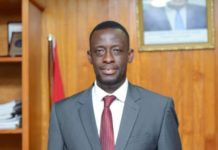 1D1F is a revolutionary invention since independence – Alan Kyerematen 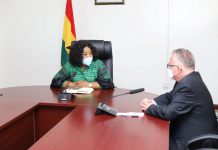 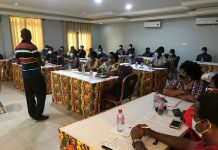 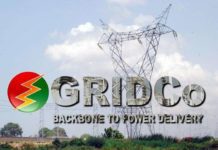