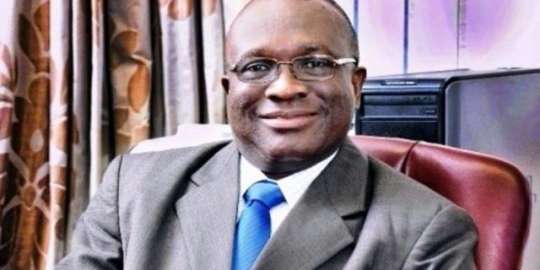 Professor Joseph Atsu Ayee, a senior lecturer at the Political Science Department of the University of Ghana, has called for the building of stronger public institutions as part of efforts to consolidate the nation’s democratic gains.

He said strong public institutions would go a long way to accelerate the nation’s socio-economic development.
Prof Ayee said this in an interview with the Ghana News Agency in Accra, as part of activities marking Ghana’s 63rd Independence Day Celebration on the theme “Consolidating Our Gains”.

He said despite the challenges, the nation had a track record of seven credible democratic elections and this year’s one would be the eighth.

He said over the past 63 years, state institutions developed even though they were not as effective as Ghanaians would want; hence, the need to make them stronger and more effective.

“In terms of the way we recruit people into public offices, we normally use the politicisation, but I think we should introduce merit principles into it,” he said.

“So, I think that in terms of institution building we should recruit the right calibre of people for those positions.”

Prof Ayee said institutions would work well if they had adequate financial resources; stating that however, most of the state institutions had not been well resourced.

He cited that the Commission for Human Rights and Administrative Justice (CHRAJ), the Electoral Commission (EC) and the Ghana News Agency (GNA) were given the adequate financial support and logistics to work with.
He said moving forward, the building of strong institutions would promote freedom and justice.

“So, if the institutions are not effective and strong then we cannot consolidate our gains. And consolidating our gains also means that we should make sure that our institutions are well resourced in terms of personnel (right people are recruited), money and logistics to make them work,” he said.

He urged the Government to continue to create the enabling environment for the private sector to thrive, so that it would create job opportunities for the unemployed youth; adding that “We cannot create jobs without a strong private sector”.

With regards to Ghana’s motto “Freedom and Justice”, Prof Ayee said for freedom to be realised, there was the need to reduce inequality; regional inequality, district inequality and inequality between the rich and the poor.

He noted that the statistics were clear that while urban poverty was reducing, rural poverty was increasing; declaring that “and to me that is not good for a country which is celebrating 63 years. We must try as much as possible to reduce inequality everywhere”.

He said inequalities in terms of gender; appointment of women into public office; even countries such as Rwanda, which were behind had over taken Ghana.

“If you go to Rwanda now, 50 per cent of Government appointment is reserved for women and Ghana is still within 11 per cent and even not up to 20 per cent.”

Reflecting on the 63 years of Ghana’s independence, Prof Ayee said “in a nutshell, we made some progress, but there is more room for improvement.

“And if I am to score Ghana on statistics, I will say that within the last 63 years, we have made about 30 per cent gains. We are still left with 70 per cent, which needs more work,” he said.

“And if you are marking and you have scored 30 per cent, it means that you have more room to do extra work and extra things to do”.

Prof Ayee called for increased productivity, motivation of workers, industrialisation and creation of jobs for the people.