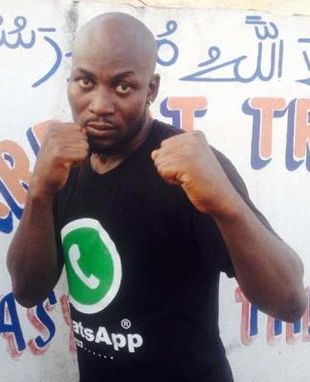 Richard Nii Lartey Harrison – a heavyweight boxer, has called on promoters, to consider arranging fights for him, since he is ready to take on the world.

With of an impressive record of 13 fights and a defeat, he still believes it is time to showcase, his skills and talent to boxing fans in Ghana.

Nii Lartey Harrison, who stands at a height of 6′ 5? / 196cm said “I have trained a lot at James Town, now I want to fight and be exposed.

“Training without fight is not the best. I need to make some money and also gain popularity and go out to fight in the United States of America (USA) and other places.” He added.

“I challenged him in 2014 but he did everything possible to avoid me, but am ready for him now.” He declared.
GNA