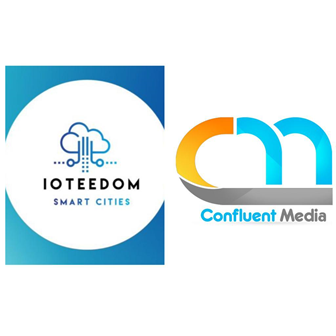 Confluent Media, a Ghanaian consultancy company, is to partner IoTeedom of the United States of America (USA), to implement smart cities project in Ghana.

The first phase of the project, which seeks to promote peace and security ahead of the 2020 general elections, is expected to be launched in Accra and Kumasi later this year.

Through digital solutions, relevant stakeholders including government institutions, would be engaged for sustainable peace building campaigns to consolidate the achievements made in previous elections.

A Memorandum of Understanding (MoU) to that effect was signed between Confluent Media, IoTeedom and the West Africa Centre for Counter-Extremism (WACCE).

The expectation is that both parties would harness the expertise and resources of each other to implement a comprehensive strategy geared towards promoting peace in volatile communities and hotspots to avert potential election-related violence.

The project would also see investments in public infrastructure to ensure quality education, improved transport system and increased development to achieve the needed social impact in the targeted cities.

With the implementation of the smart cities project in Ghana, local businesses as well as entrepreneurs from other regions determined to expand are expected to find solutions in the smart city environment.

IoTeedom said the smart cities concept would pave way for smart circular economies and the creation of self-sufficient cities, giving the power back to the local community and citizens.

Ms. Brianna Cook, the Founder of IoTeedom, told the Ghana News Agency (GNA) in an interview that the partnership with Confluent Media would set the tone for conversations around smart cities with initial focus on peace.

“The idea is to address conflicts in the region and promote peace, prosperity and inclusivity in the communities in collaboration with local government officials,” she explained.

She said there would be awareness creation on the need for peace based on data collected to advance the conversation to fulfil the smart city concept.

Mr. Musah Inuwa, the Chief Executive Officer (CEO) of Confluent Media, expressed optimism that the project would position Ghana on the global stage to attract investment for local businesses.

He said his outfit was committed to the successful implementation of the project to contribute to a peaceful election in December.