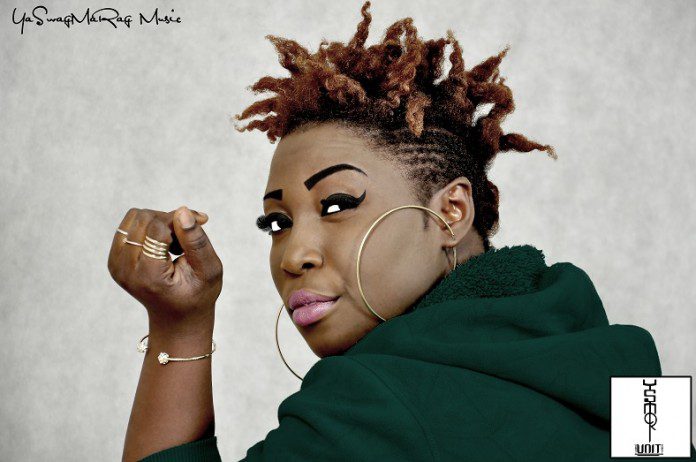 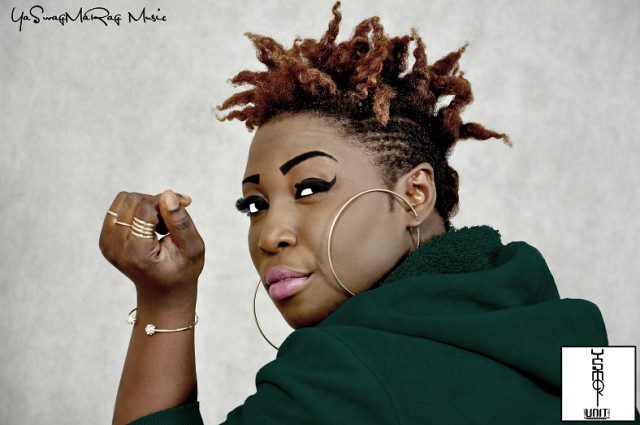 The only authoritative Ghanaian female emcee, Eno,?is back on the turf with an all new energy.

While countless rumours were circulating she can’t up her game or perhaps had quit music after her hibernation, Eno has been working secretly off-stage on some upcoming projects as well as making some other connects.

After spilling seasoned cuts like “Maka”, “Love and Pain” in 2014 and the popular cover version of “Megye Wo Boy”, originally done by Sarkodie & Shatta Wale, the Ghana femcee went into ‘hibernation’ in January 2015.

According to her Manager,?Moro Mustaphy,??my?artiste,?Eno,?does not only?pursue music as a carrier, music is a part of her and from?my past and present experiences with?her,?I?don?t think she will ever quit music. Not any time soon. It’s normal for critics and the media to miss the active flow of an artiste and make wild comments or delusional statements, but, nonetheless, the work has to continue. We’ve been up since day one and working. We are back with a reconnection with our fanbase and spreading our circles with Eno’s act.?However,?my team?YSMR (Ya Swag Ma Rag)?Unit?and the?2mg music?group headed?by?Mix Master?Garzy?together have been working?since January 2015 until the sudden demise of her (Eno’s) mum -?Mrs. Rebecca?Nyame?Adom -?we had to pause a few things to attend to other critical affairs back we are back and stronger than before. May her soul rest in peace.?On behalf of?Eno?and her family I?want to?say a big thank you?to?Lawyer?Colleston Morgan,?Abeiku?Santana, DJ Black,?Okyeame?Quophi,?Dr.?Manfred of Joy DADI,?Kabum?and the OM crew, Stay Jay and?everyone who was there to helped immensely during the funeral and burial ceremonies.”

Eno?Is Back?is the new rap twist in the streets now as we ready to drop her new cut??THE BEST??Ft. Mic?Flammez?from Togo, rated the best Togolese Rapper – the joint was produced by?Mix Master?Garzy. For this new joint, we would have to leave it to the public and the fans to do the talking, everyone knows what Eno can prove on the microphone, no exaggerations at all.

This new cut will new released on Friday, July 31st to close the month and enter the new month, August with a new energy as Eno storms the stages with it. An accompanying video too is set to come with it.

?I am the Grim the Seeker the Spartacus, believe me this is just the first episode of my season. ?Keep your eyes wide open,” Eno brags.