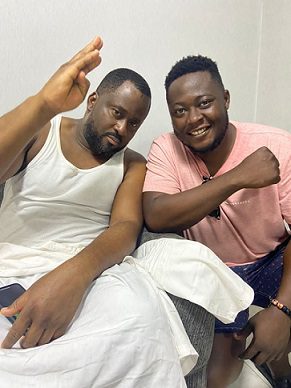 Ghanaian filmmaker Emmanuel Kojo Antwi known in the movie circles as Kojo Little, is gaining the spotlight on the African continent with his new series titled “The Avenue”.

The melodramatic series, which is being aired on Digital Satellite Television (DStv), has become the favourite serial drama of many movie lovers considering its intriguing characters.

Interestingly, Kojo Little is also featured in the series as he delivers some interesting youthful vibes coupled with smart moves.

According to Kojo Little, who starred in the popular YOLO series, his dream was to become a top movie producer on the continent and he believes his latest project would gain the needed recognition.

“I have worked with some top directors in the film industry, including Ivan Quashigah, Pascal Amanfo, and director Diji from Nigeria, and I have learnt a lot from them.

“It has not been an easy journey thus far, but I am making progress, especially with my new project ‘The Avenue’ which is getting traction not only in Ghana but across the continent,” he said.

Kojo Little was delighted to have combined both directing and acting, having worked with top actors including Basketmouth, Jackie Appiah, Adjetey Annan, among others.

He has also featured in movies including Ghana Jollof, African Couple, Catel the Genesis, No Man’s Land, Candle in the Wind, among others.