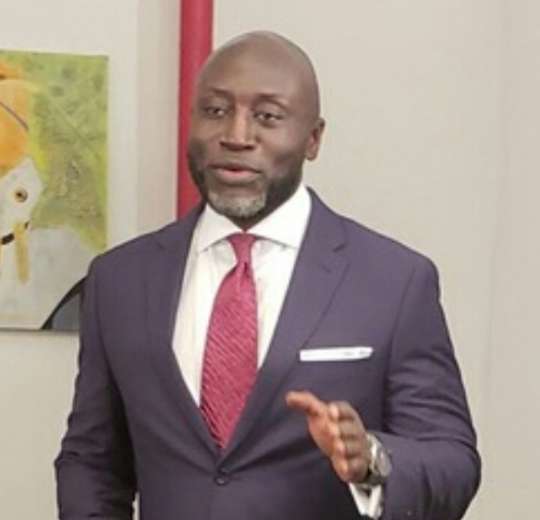 The Coalition of Independent Presidential Aspirants has unanimously elected Mr Kofi Koranteng, a Ghanaian investment banker and Real Estate investor to lead the coalition in the December election.

Mr Ampofo, who is also the Chairman of the Coalition announced this in Accra at a programme to outdoor the leader and stated that the decision was taken at a steering committee meeting to wrestle power from the New Patriotic Party and the National Democratic Party.

The Coalition, the Chairman said, was poised to change history and deliver to Ghanaians better accountability, better citizen-centered management of its economy and resources, and a long-term agenda that secures the country’s posterity.

“Our mission is to present to Ghanaians a coalition of Ghanaian leaders in their fields, with global expertise, and let our people know we have the concern and skillset to unseat and replace the entrenched political NDC and NPP parties in the upcoming Presidential election,” he said.

He said the defining moment was now and urged the citizenry to change the dynamics and focus their attention on their Independent Presidential Candidate to bring the needed change and development for the country.

Mr Ampofo said the Coalition would restore the country’s dignity in all sectors of the economy, focusing on agriculture to a high level of modernisation, competitive advantage and productivity; attractive farming communities with basic roads and amenities to attract the youth and reduce unemployment.

“We will pursue public and private financial capital investment in the youth such as scholarships and student loans; boost-in loans for small and medium scale businesses and come out with a first-class health care that delivers improved life expectancy as in developed countries”, he said.

Mr Ampofo pledged to reduce the size of Government by 50 percent, cut the colonial allowance systems, and balance the government budget within three years and deal with corruption in the most cross-cutting, efficient, and ruthless manner within the confines of the law.

He was optimistic that the Independent Presidential Candidate would win over 50 percent in the December Presidential election to execute their programmes effectively and efficiently.

Mr Koranteng, in his acceptance speech, thanked members of the Coalition for the confidence reposed in him and pledged to work diligently to unseat the NPP and the NDC.

Touching on the corruption explained that the creation of an Office of Supervisory Jurisdiction would facilitate the adjudication of corruption-related cases dispassionately.