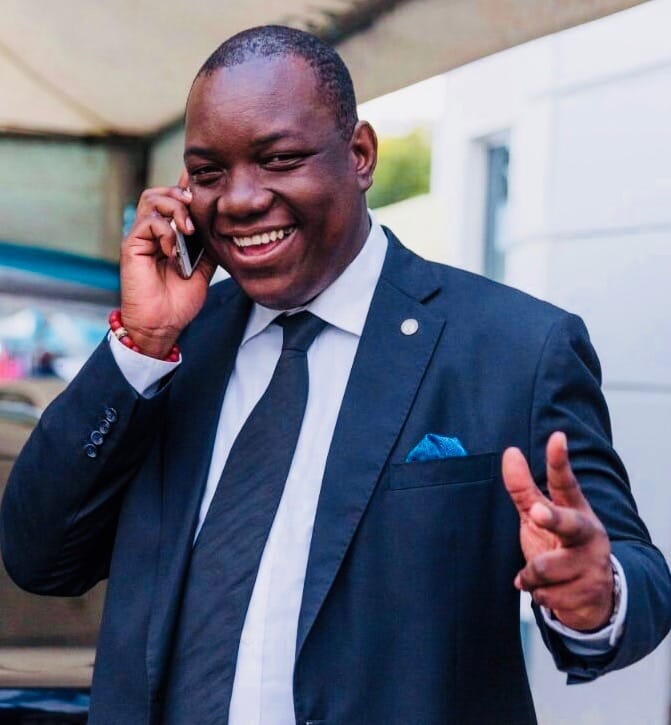 Mr Kofi Asmah, an Accra-based legal practitioner and entrepreneur, has been honoured by the Council of the City of Philadelphia for his efforts in promoting the cause of the African Diaspora globally and in Philadelphia.

The award was conferred on Mr Asmah, who is also the Economic Counsellor for the African Union-Diaspora African Forum, during his visit to the city for the 47th Odunde Festival, held at the City Hall of Philadelphia, on Friday, June 9.

The award was presented to Mr. Asmah by Democratic member of the Philadelphia City Council, Honorable 2ndDistrict Councilman Kenyatta Johnson.

The Senate of Pennsylvania also recognised and honoured him for providing opportunities for the African diaspora and people from diverse backgrounds to meet, engage, cultivate,and learn about the rich and diverse cultures of the global African diaspora.

A citation presented to Mr. Asmah acknowledged his involvement in the organisation and promotion of the OdundeFestival, which has a $30 million impact on the City of Philadelphia annually.

Receiving the citation, Mr. Asmah noted that the contribution of the global African Diaspora to Africa’s economic growth was essential to the development of the continent.

He stated that moved by the enormity of the prospect of the support and importance of the millions of Africans in the diaspora, in 2002, then African Union (AU) Chairman, President Abdulai Wade of Senegal, declared to the floor of the AU General Assembly that the Diaspora should be considered the “6th Region of Africa”.

“It is now cited in scholarly journals and is for certainty, a recognised and respected designation for the Diaspora,” Mr. Asmah said.
“The Sixth Region designation recognises that the Diaspora are part and parcel of the present and future of Africa.”
On February 2nd, 2022, a newly created flag for The Sixth Region of Africa was launched in Accra.
“This momentous occasion is the culmination of the vision, sacrifices, courage and efforts of many luminaries,” said Kofi Asmah, as he presented Philadelphia Mayor, James Kenney, with the sixth region flag, now on display at the City Hall of Philadelphia, Pennsylvania.
Created by Louis Fernandez after experiencing the Osun festival in 1972, the Odunde Festival’s concept originates from the Yoruba people of Nigeria.

One of the many highlights of the festival is the procession from 23rd and South Street to the Schuylkill River to offer fruits and flowers to Oshun, the Yoruba goddess of the River.

At this year’s gathering, the Mayor of Philadelphia, James Francis Kenney, welcomed the honourees to the City Hall.

Among them were Ambassador Robin R. Sanders, recently appointed by the US President, Joe Biden, as the Chair for the US-Africa Trade Advisory Council, who has previously served as US ambassador to Congo and Nigeria; H.E. George S.W. Patten, Ambassador of Liberia and H.E. Toure Ibrahima, Ambassador of Cote D’Ivoire.

Asenyansu to get a US$10 million ethanol factory

Award-winning Accessory Designer Unveils Her Latest Her Collection ‘Your Highness’