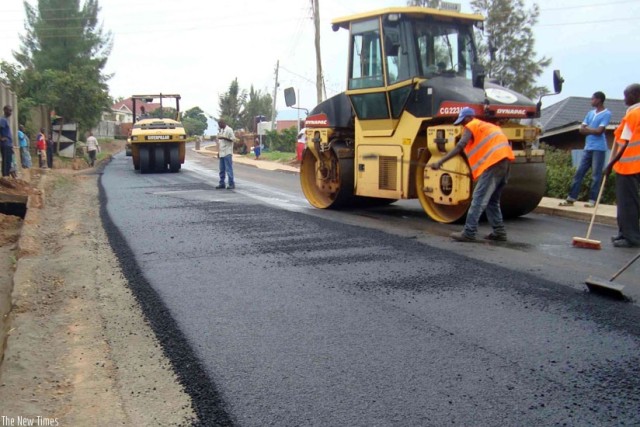 President John Mahama has reiterated his government’s resolve to empower and support local Ghanaian companies to thrive in this rather frail and very competitive economy. In an interview with tv3 last week President Mahama revealed that Ghanaian local contractors had been contracted to execute the streets of Accra project which consisted of the asphaltic overlay of streets within some areas in Accra.

The president mentioned that currently majority of Ghanaian local construction companies had the capacity to engage in high profile contracts and thus his government was not going to deny them the opportunity to prove their worth.

The president encouraged Ghanaian local companies to continue to build and improve themselves with the available support from government.

The streets of Accra project is a periodic maintenance activity being executed by the ministry of roads and highways through the department of urban roads to address the challenges of the maintenance backlog that Ghana is faced with.

The asphaltic overlay program gives our paved roads a new lease of life and helps to protect the huge investments that are raked in by government over the years in road infrastructure.

The total urban road network in Ghana is 14,500km. Out of this number, 6,892km is paved. Of the total paved roads, 2,800km can be found within the capital-Accra. The road condition mix of the paved network is about 55% in good condition, 13% in a fairly good condition and 32% in poor states.

The asphalt overlay project is part of the interventions that the Ministry Of Roads And High Ways is undertaking to move the roads in the fair and poor condition to good. Other intervention plans includes the resealing and resurfacing of roads.

The asphalt overlay program is being executed on roads that have pavement with good residual strength, roads that carry a reasonable amount of traffic and roads that have strategic importance for the communities like those that lead to hospitals, market centres and major business centres within the capital.