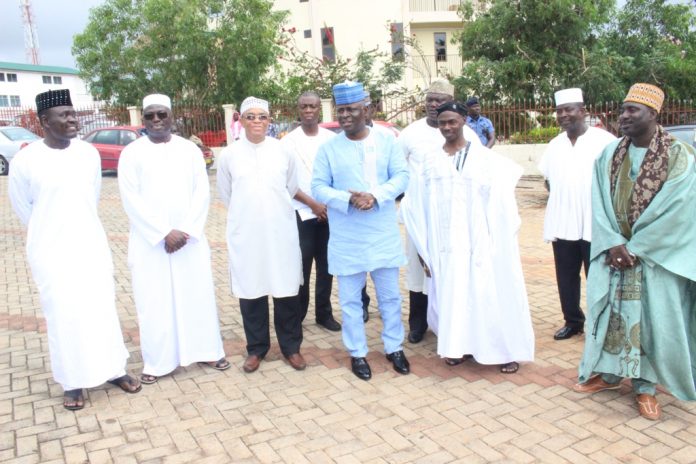 Maulvi Rana Bilal Ahmad, the Missionary of the Tema Ahmadiyya Muslim Mission, has called on Muslims to pursue peace, harmony and love regardless of their religious beliefs.

He said by so doing they would always have the favour, mercy and peace of Allah to flourish.

Maulvi Bilal Ahmad made the call when he led the Ahmadiyya Muslims in Tema to pray as they celebrate the Eid-ul-Adha Festival of Sacrifice.
He said the celebration comes 10 weeks after the Eid-ul-Fitr and marked the completion of the Hajj, the Holy pilgrimage to Mecca.

“It is the festival of sacrifice that commemorates the obedience of Hadhrat Ibrahim and his son Hadhrat Ismail to the commandment of Allah,” he said.

Maulvi Ahmad said Hadhrat Ibrahim had a series of dreams in which he saw himself sacrificing his eldest son Ismail and “inferred that it was perhaps the will of God that he should sacrifice the life of his son.”

He said Hadhrat Ibrahim, being most obedient to God, was about to sacrifice Ismail when God commanded him to stop and gave him the good news that he had, indeed, fulfilled His command.

“God was so pleased with Ibrahim because of his obedience that He multiplied his progeny into billions and they became a great nation …. and was given the great honour of being the forefather of the Holy Prophet of Islam,” Maulvi Bilal Ahmad said.