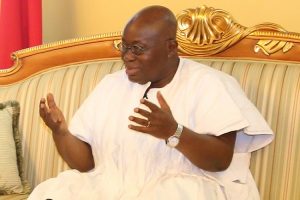 The President of Ghana Nana Akufo-Addo on Tuesday appointed 11 persons to the Council of State in accordance with the constitution of the country. 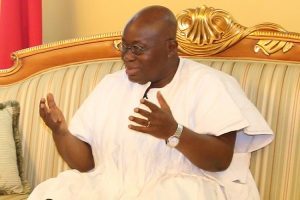 The Council of State is a body mandated to counsel the president in the performance of his functions.

The council may also upon request or on its own initiative consider and make recommendations on any matter being considered or dealt with by the president, a minister of state, or any other authority established by the constitution.

President Akufo-Addo also appointed General Joseph Boateng Danquah, a former Chief of Defence Staff, and Nana Owusu Nsiah, an ex-Inspector General of Police (IGP) to the Council subject to the approval of parliament, a release signed by Eugene Arhin, Acting Director of communications at the presidency said.

Since there is no living former chief justice, the president is unable to propose a name for the approval of parliament, the release said.

The president of the National House of Chiefs Togbe Afede XIV is an ex-officio member of the Council of State which is also mandated to advise the president or any other authority in respect of any appointment which is required by the constitution.

The composition of the Council will be complete with the election of the regional representatives due to be held on Feb. 16, 2017. Enditem