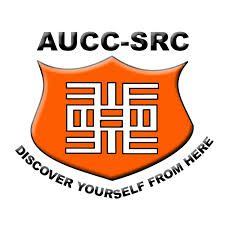 The youth have been advised to focus on gaining experiences as opposed to mere acquisition of money, because eventually it is the experience which will make a man or woman relevant in his/her adult life.

Speaking on 3FM’s Morning Show “Sunrise on 3fm”, Dr Koryoe Anim-Wright, President of the African University College of Communications (AUCC), underscored the need for young professionals in employment to “do what they have to do, and not what they can do”.

She strongly advised civil society to discard the notion that the present generation isn’t ready to take on the mantle of leadership, because “all they need is quality mentorship”. To her, the youth have allowed situations around them to define who they are. Mentorship from role models in specific fields of endeavour will go a long way to make the youth useful to themselves and the nation.

Her responses to questions posed by the host of the show indicated clearly her dedication to providing quality services for the general development and advancement of her students.

On the issue of culture in the era of globalisation, she said “there is the need for the Ghanaian child to be taught the essence of appreciating the Ghanaian culture especially fluency in the local dialect; in addition to guarding them cautiously to embrace foreign culture”.

She also said “family is everything”, and in the pursuit of corporate success and personal ambitions, one must not overlook the important role family plays and avoid the temptation of neglecting your kinsmen.
Dr Anin-Wright was inducted into office last Thursday (20th October 2016) as the second President of the African University College of Communications (AUCC).

To her, her greatest success as Vice President (Academic Affairs) of AUCC, a position she held before her appointment to the high office of President of the University, had to do with students’ development.