Most Ghanaians are willing to accept restrictions on their freedom of movement, such as curfews and roadblocks, in times of security threats.

That’s the finding of a national Afrobarometer survey conducted in late 2019, before the current COVID-19 pandemic and its attendant lockdown in Greater Accra and the Ashanti region. The

The willingness to accept such restrictions was widespread across key socio-demographic groups, though slightly lower in cities than in rural areas and among those experiencing high lived poverty compared to those who are economically better off.

Although a majority of residents in both Greater Accra and Ashanti regions, where most of Ghana’s COVID-19 cases have been recorded, were prepared to accept restrictions on their right to free movement, acceptance was lower in Greater Accra than in the Ashanti region.

While the data suggest that a majority of citizens are likely to adhere to the lockdown directive, significant proportions of the population – one in four citizens nationwide, one in three in Greater Accra, and one in five in Ashanti – expressed opposition, as of late 2019, to restrictions on their movements even in the face of a security threat.

The lockdown may also challenge the resilience of significant portions of the population who, even in ordinary times, have to do without basic necessities such as a cash income, medical care, and sufficient food, and who lack ready access to running water and toilets.

Key findings ▪ In late 2019, three-quarters (75%) of Ghanaians said the government should be able to curtail people’s movement in the face of threats to security (Figure 1). The willingness to accept government restrictions on movement was lower in Greater Accra (64%) than in the Ashanti region (79%).

▪ Only three in 10 Ghanaians (30%) have running water in their homes or compounds. A similar proportion (33%) source their water from public standpipes (Figure 3).

Urban residents (44%) and the relatively well-off (37%) are more likely to have access to piped water inside the house or compound than rural residents (14%) and the poor (24%) (Figure 4). o Fewer than half (46%) of Ghanaians have toilet facilities in their homes or compounds.

A majority of Ghanaians (54%) use latrines outside their compounds or have no access to latrines at all.

Rural residents are 30 percentage points more likely than urban residents to have to resort to public latrines or to lack access to latrines altogether (69% vs. 39%) (Figure 5). o Comparing the two regions affected by the lockdown, residents in the Ashanti region are far less likely than those in Greater Accra to have piped water (39% vs. 62%) and toilets (56% vs. 68%) in their homes or compounds.

▪ Even among citizens who experienced lived poverty and lacked ready access to piped water and toilets, most expressed support – in principle, as of late 2019 – for the government’s right to limit people’s movements to protect public security (Figure 6).

Afrobarometer surveys Afrobarometer is a pan-African, nonpartisan survey research network that provides reliable data on African experiences and evaluations of democracy, governance, and quality of life. Seven rounds of surveys were completed in up to 38 countries between 1999 and 2018.

Round 8 surveys in 2019/2020 are planned in at least 35 countries. Afrobarometer conducts face-to-face interviews in the language of the respondent’s choice with nationally representative samples. The Afrobarometer team in Ghana, led by the Ghana Center for Democratic Development (CDD-Ghana), interviewed 2,400 adult Ghanaians between 16 September and 3 October 2019.

Below is the full report:COVID lockdown will test Ghanaian acceptance of restrictions on movement-Afrobarometer-30march20 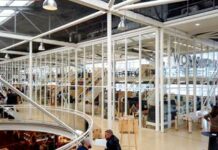 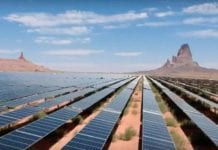