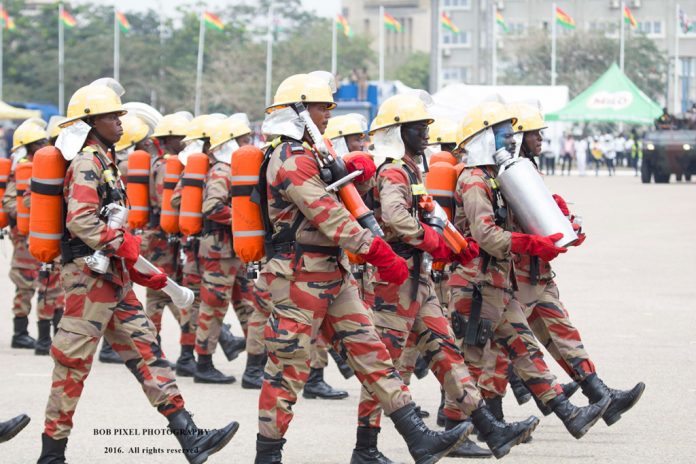 He urged the public to engage professional electricians to attend to electrical connection in their houses and offices.

ACFO Owusu-Adjei gave the advice in an interview with the press after a send-off party was organised by the regional office of the
GNFS in honour of 13 staff who had retired after various years of service to the nation.

He said bush and domestic fires increase every year during the dry season and urged the public to weed around their houses to protect their properties and avoid overloading their electrical sockets with many plugs.

He commended the 13 retirees for their dedicated service in risking their lives for over three decades in fire fighting in the region and the nation.

ACFO Owusu-Adjei urged the remaining staff to emulate the examples of their seniors to perform efficiently so that they would be remembered when they are not in active service.

He also urged the retirees not to use their pension allowances for building since that would put financial pressure on them and eventually affect their health.

ACFO Owusu-Adjei said there is the need to invest towards their pension and future.

On logistics the Regional Fire Commander said the staff were doing their best to save lives and properties with the little resources available and appealed to corporate organisations and philanthropists to assist the Service with equipments.

Each of the retiree was awarded with a double-decker fridge.
GNA/Newsghana.com.gh

Fire outbreaks in Ashanti for half year down by 20 percent