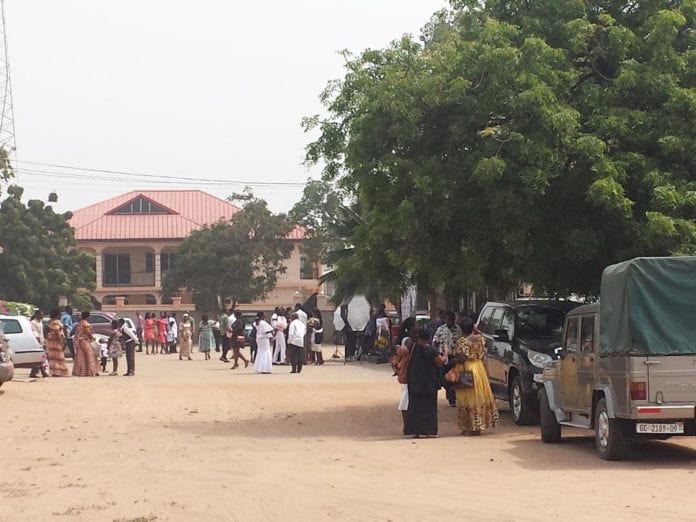 As the President Nana Addo Dankwa Akufo-Addo, is expected to deliver his third State of the Nation Address on February 21, Ghanaians have expressed varied concerns and expectations to enhance their livelihoods.

The State of the Nations address, is a constitutional demand that covers the economic, social, health, educational, agricultural among other sectors.

Mr Gideon Baffoh, a Chartered Accountant said taxes imposed on imported goods were too much and had affected the pricing of goods and services, as importers shared the charges among consumers in order not to run at a loss.

He said high inflation affected the prices of commodities due to the high cost of production and the introduction and increment of varied Value Added Tax (VAT).

He therefore urged the government to consider reviewing the VAT system to reduce the cost of production.

Mr Baffoh explained that the exchange rate was also very high as the Cedi had drastically depreciated with One Dollar being equivalent to GH¢5.2, thereby affecting the cost of products and services.

“Because most of the things on Ghanaian markets are imported, importers need more Cedis to purchase few items on the international market and that affects the entire economy,” he said.

He urged the Government to devise appropriate measures to handle the inflation rates in the country, reduce VATS imposed on imported goods and consider measures to reduce the high cost of products and services in the Ghanaian markets.

On the Educational Sector, Mr Baffoh commended the government for introducing the free Senior High School (SHS) system, but appealed to the Government to find better ways of operating the double track system to reduce the instability in the educational system.

He said, students had inadequate lessons in the system which made parents resort to enrolling their children in extra classes at a fee of GH¢100.00 and above after vacating from school in order to enable them go through the entire syllabus.

Mrs Rosina Twumasi, a Midwifery Officer at the Mamobi General Hospital appealed to the government to revise the salary structure of government workers especially those in the health sector to motivate them to execute their duties effectively.

She appealed to the government to consider channelling more resources in acquiring more ambulances to improve healthcare services across the country.

“We also need infrastructural and logistical support to enable us work effectively especially at the Maternity Unit of this Hospital,” she said.

Madam Rebecca Tagoe, an owner of a Grocery shop at the Kaneshie Market applauded the government for the free SHS system, which she said had offered her ward a number of school items that she would have formerly purchased such as a ceremonial cloth.

On health, she drugs for mentally derailed patients were too expensive and scarce, a situation she said worsened the conditions of some patients who could not obtain or afford the costs of the drugs.

“I am a mental patient but have gotten better because my family has been supporting me to purchase drugs. Those who don’t get any support have their conditions worsening and thereby making the doctors and nurses work in vain,” she said.

Madam Tagoe said the consultation fee for many years at the Accra Psychiatric Hospital where she was receiving treatment had remained GH¢20.00 which was a positive effort from the government.

“Government should ensure that there are drugs every day because patients are forced to purchase drugs from private pharmacies which are very expensive. A strip of 45 tablets costs GH¢350.00 but the locally manufactured one is GH¢35.00,” she said.

Mr Francis Kwao, an Engineer with the Electricity Company (ECG) of Ghana urged the President to disclose to the staff of the Company when the concession of the ECG to the Power Distribution Services (PDS) would take place as it failed to be transferred on February 1, 2019 as the staff were assured.

He also appealed to the President to publicly announce the measures the government had put in place to handle the level of insecurity among the citizenry now over issues of kidnapping, armed robbery and contract killing.

There could be public education especially for young ladies on how to identify and avoid potential hazards such as kidnapping.

Concerning the ECG concession, it was scheduled to have taken place on February 1, 2019 and workers are anxious to know when exactly it is going to take place. Tariffs are going to be affected, PURC is also coming up with new tariffs and so they expect the government to tell them something on when there would be the concession.

It was announced that ECG, with MiDA and PDS is now finalizing documentation and the results would be communicated to the public but they had still not heard anything on the exact date for the transfer from ECG to PDS will be done.