Dr. Gordon Donnir, Head of the Psychiatric Department, Komfo Anokye Teaching Hospital (KATH), has asked people to take suicide threat seriously and act quickly to save anybody making it. 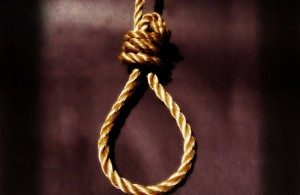 The reality, he said, was that there were many out there having fleeting thoughts about killing themselves and that was why nobody should ignore those, who showed signs of suicidal tendencies.

Such people, he told the Ghana News Agency (GNA), tended to suffer from depression, schizophrenia, impulse control problems and in some instances hard drugs and alcohol intoxication.

These conditions, especially depression, was a brain disease, which required prompt medical care to rescue the patient from the state of hopelessness.

Dr. Donnir indicated that “people who are depressed have poor coping mechanisms to deal with life problems and unable to recognize alternatives to solve their problems – they see death as the only option”.

He said at the “suicide planning stages” they would give hints such as confessing to close relatives and associates that they wanted to die, while others became extremely isolated and would not be their “normal self”.

In the case of children between the ages of 10 and 19, he said, “their grades would begin to drop, they would throw tantrums and are rebellious”.

Some of them would resort to substance abuse to deal with emotional distress and Dr. Donnir said, these clues should prompt people to seek professional help for the sufferer.

The right place to go was the hospital to see a psychiatrist but not a prayer camp, he stated.

He spoke against the situation where people with depression were stigmatized and seen as unthinking.

He also cautioned journalists to avoid being overly simplistic and sensational in their news reports on suicide, saying, doing that, could only encourage others to commit the act.

He reminded parents to do everything to make the home environment congenial for every child and resist the temptation to force them into academic careers they had no interest or love for.