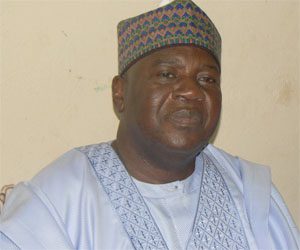 The Aliu Mahama Foundation, on Thursday, launched a programme to mark the Fifth Anniversary of the passing of the Former Vice President, with an invitation to Ghanaians to celebrate the man who committed to making Ghana a haven of discipline.

Mr Gabby Otchere-Darko, the Chairman of the Anniversary Planning Committee, at a media conference in Accra, said the programme would begin on November 16, 2017, with a solemn Muslim prayer session (Adua), at 1000 hours, at the house of the Vice President, along the Switch Back Road, in Accra.

The prayers, he said, would be led by the National Chief Imam, Sheikh Osman Nuhu Sharabutu, and attended by the Vice President, Dr Mahamudu Bawumia. It is open to the public.

This would be followed by an Arts Exhibition and a fundraising cocktail at 1730 hours on the same day, at the Accra International Conference Centre.

Mr Otchere-Darko said the exhibition sought to highlight the hidden wealth and potentials of the three Northern regions, which needed the support of the South to be developed to transform the lives of the citizens there.

He said with the current situation, the North suffered stigmatisation as being the poorest, less educated and underdeveloped area, in spite of its rich culture and traditions.

The exhibition would feature a collection of great art works by artists such as Ayambire Nsoh and Khaleb Aryee, and also a film on the artist, Ibrahim Mahama. There would also be photographs depicting the highlights of the life of Vice-President.

Mr Otchere-Darko said the funds realised from the auction of the art works would go to the Aliu Mahama Foundation to support its work in expanding education, health and the training to female head porters (Kayayei), who migrated from the Northern regions to Accra and other cities in search of better economic opportunities.

It would also support other needy persons.

He said the event would then be shifted to Kumasi on November 25, 2017, for a clean-up exercise dubbed: “Cleaning and Greening of the City”, after which the Foundation would organise a soup kitchen to feed the needy.

This, he said, would be followed on December 6, 2017, by a public lecture on the topic: “Transforming Ghana Beyond Aid: How do we get there?”

The event would be addressed by the Mr Ken Ofori Atta, the Minister of Finance, at the Accra International Conference Centre.

A youth forum would also be held at the University of Development Studies, Tamale, with a focus on campaigning to immortalise the greater legacies of the Vice President.

Mr Otchere-Darko said achieving the perceived goals of Ghana beyond Aid would require a great deal of discipline in key areas including fiscal, value addition to local products, as well as in the general attitudes of the citizenry.

This, Mr Otchere-Darko said, was appropriate considering the active role that Alhaji Aliu played in getting the Complex constructed.

Dr Samuel Kwadwo Frimpong, the Executive Director of the Aliu Mahama Foundation, described the Aliu Mahama as “a man of great integrity, dignity and discipline”, and expressed the hope that the celebration would reflect these values and encourage all Ghanaians to maintain this legacy.
GNA/newsghana.com.gh

Traders and farmers appeal to Gove’t to rehabilitate their roads