News Ghana
Home News Politics Rise up Ghanaians and chase out Mahama if.. 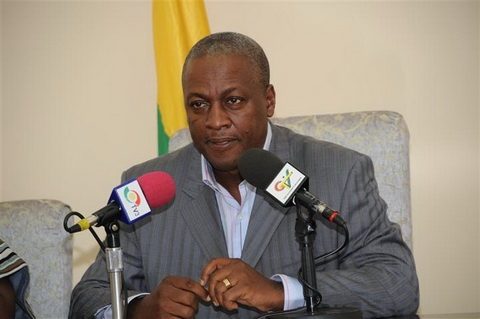 Ghanaians must rise up and ?overthrow? the Mahama administration, if it goes ahead to sign the Economic Partnership Agreements (EPAs), Dr David Percy of the National Reform Party has advocated.

Dr Percy told XYZ Breakfast Show host Moro Awudu on Tuesday March 25, 2014 that signing the agreement amounts to formalising an age-old exploitative relationship that had existed between Africa and the West for over 500 years which has left Africa in a retrogressive state.

A fuming Dr Percy said: ?The real crime is that our policy makers, our governments, our ministers, think that their obligation is to serve others? and I really feel very very angry that even such an issue can come up to this point.?

Below is a transcription of the part of Dr David Percy?s interview with Moro Awudu in which he called for the overthrow of the government if it signs the EPAs

Dr Percy: Now this must go out as a warning to anybody in government who believes that this can just be a walk in the park. If they intend to formalise our slavery, it will be resisted and they?ll be overthrown.

Moro: Overthrown, how do you mean?

Dr Percy: Overthrown!!! We put people in government to advance our interest. If they subvert those interests, if they sell us out to foreign interests, what do we do?

Dr Percy:We will not wait for 2016 or whatever date, my brother.

Moro: But what would you do? What is the option? You don?t have any other option Dr Percy.

Dr Percy: Please Please Moro I want to keep my voice low. I?m really truly truly very angry as I?m speaking to you. I?m making a very simple point. We?ve put people in charge to run our affairs so that they advance our interest. If they subvert our interest, we don?t have to wait till any such date. Look around the world.

Moro: But it won?t justify a coup d??tat, will it?

Dr Percy: My brother, sovereignty remains in the people. At any time they decide to throw out their leaders, they can do so.

Moro: So in other words?

Dr Percy: In other words what Sir? I?m saying that the sovereign people of Ghana, if they recognise the crime that is about to be committed against them, will not wait till 2016.

Moro: And for that matter will overthrow the government?

Dr Percy: They?ll take out those who they have put in power to run their affairs. They?ll take them out and they?ll be fully justified. Unless you?re saying that there?s a power bigger than the people.

The Economic Partnership Agreements (EPAs) are legally binding bilateral contracts between the European Union (EU) and individual African countries. Once signed, EPAs warrant that within two decades, about 80% of that country?s market should open to European goods and services tariff-free. The European Parliament has granted the African countries an extension until October 2014 to ratify their interim EPAs.

Ghana?s foreign Affairs Minister will be part of a meeting in Ivory Coast, of the ECOWAS Council of Ministers, on Tuesday to advise sub regional leaders on the signing of the EPAs.

There?s a phalanx of civil society organisations resisting the signing of the EPAs. The Ghana Trades Union Congress (TUC), the Christian Council of Ghana, the Ghana Chamber of Commerce, the Socialist Forum, and the Economic Justice Network of Ghana are among some of the harshest critics.

They are in good company with Dr Percy who fears the trade liberalisation will be to Africa?s disadvantage. In Dr Percy?s opinion, signing the EPAs amounts to selling Ghana?s birthright to colonialists.