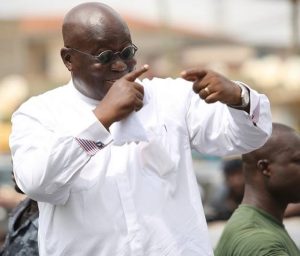 A section of Ghanaians has welcomed the result of the 2016 elections, saying it is a reflection of the will of the people. 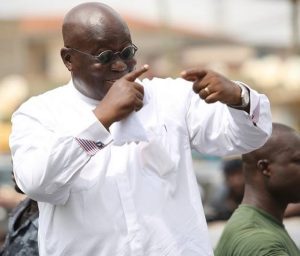 They have, therefore, commended the Electoral Commission for running the elections smoothly and letting the will of the people fulfilled.

PMany of the people, spotted in either New Patriotic Party or National Democratic Congress party colours, were seen mainly dancing to the original or remix of the NDC campaign song, “John 3:16” .

Sharing their views on the outcome of the elections, most of the people who spoke to the Ghana News Agency, in Accra, said they were happy that Ghana had continued to remain peaceful after the elections.

They, however, reminded the President-Elect, Nana Addo Dankwa Akufo Addo, to endeavour to fulfil his campaign promises on assuming office.

Mr Kofi Takyi, taxi driver said: “Nana Addo should just fix the economy and provide jobs for the youth, and that will be well enough for us”.

Mr Emmanuel Abaka, a Teacher at Fountain Gate Academy at Auntie-Aku /Sowutuom, said: “The National Health Issuance Scheme should be fixed for us to enable us to easily access health care when we are sick.

“Currently, the health insurance is not working effectively and when you go to the hospital with it, it is like a mockery”.

He also urged the incoming Government to fulfil its promise to teachers to enhance their work.

Madam Grace Nkoom, a store keeper at A-Lang, also urged the new government to do well to build the factories he promised and also reduce taxes, emphasising that lorry fares should not be increased “anyhow”.

Ms Karley Djanie, a seamstress, urged the incoming Government to put good policies that would benefit small and medium scale enterprises in place so they could all experience an economic boom.

Meanwhile, most Ghanaians continue to celebrate the election victory as many people were spotted by GNA around the city on Monday clad in NPP colours of white, red and blue as they went about their various trades and duties.

Many taxi drivers continued to hang NPP flags, while some people had in their hands other paraphernalia touting their joy over the victory.

A few supporters of the outgoing National Democratic Congress party government who spoke with the GNA said the victory was indeed for all Ghanaians. They were also spotted in NDC T-shirts and flags jubilating as well.

Mr Eric Nortey, a sympathiser of NDC said: “This victory should not only be for NPP, we all won the elections together”.
GNA