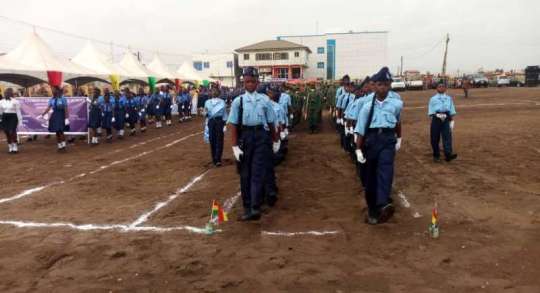 Mrs.Rose Joyce Appoh-Biney, Ashaiman Municipal Director of Education, has urged Ghanaians to nurture the seed of tolerance to consolidate the peace the founding fathers toiled for.

The Education Director was addressing Ghana’s 63 Independence anniversary ceremony in Ashaiman in the Greater Accra Region.

According to her, one surest way the country could produce more gains was to tender and nurture the seed of tolerance, solidarity and peace irrespective of one’s political,ethnic ,religion or social identity.

Mrs.Biney explained that, the spirit of the Ghana’s independence should rekindle the passion of the citizens to work hard and reap more gains for the country adding that Ghana had greater prospects which would benefit all.

Eleven schools marched at the Ashaiman Mandela park to commemorate the anniversary.

The GNA observed that the event began long before the arrival of most dignitaries.