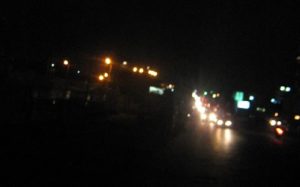 Already, industries are crying for immediate intervention from government to avert the challenge that confront the power generation industry. 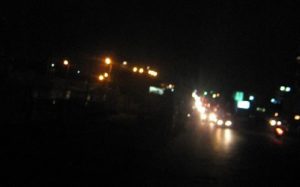 Energy experts have warned that any delay in ensuring adequate gas supply for power generation could result in power outages by end of the second quarter.

Due to this, the African Centre for Energy Policy (ACEP) has charged government to as a matter of urgency reopen negotiations with Nigeria gas to avert possible power outages. The company last year cut supply to Ghana as government is indebted to the Nigerian gas supplier in excess of US$180 million.

Already, Tullow Oil, the Opeartor of the Jubilee Field has given the signal of cutting gas supply to Ghana Gas Company for onwards export to Aboadze for power generation. Although Tullow has indicated that, the exercise will take 15 days, Ghana Gas has projected 18 days for the exercise to allow space for exigencies should they arise.

The exercise is scheduled to start on February 3, 2017.

Corporate Communications Manager of Ghana Gas, Mr Alfred Ogbamey has admitted that the nation could face serious challenges within the period of cut in gas supply to Atuabo. “There’s a hurdle. VRA is presently unable to offtake their nominated volumes. Tullow and Ghana Gas have been ready to supply Aboadze with 90 million standard cubic feet of gas a day for a while, but Aboadze’s TAPCO plants are out for maintenance. This has reduced VRA’s lean gas offtake since January.”

These are clear indication of looming power crisis in the country.

The Deputy Executive Director of ACEP Ben Boakye has alluded that, although, Ghana is currently enjoying some relative power supply giving the deployment of a number of emergency power plants after enduring almost four years of unstable power supply.

But, he was quick to note that, “We need gas from Nigeria and as a matter of urgency, we have to set processes in motion to ensure that we can negotiate with Nigeria for the resumption of gas supply.

“There is some amount of gas coming in but if you have nine million standard cubic feet coming in, it is just not enough to do anything. So we want Nigeria to increase delivery of gas, that should be the first priority,” he said.

The shutdown is to enable works on inter-connection between the Tweneboa, Enyenra, Ntomme (TEN) fields and the Jubilee Field for gas exportation from the FPSO Atta Mills.

The interconnection between Ghana’s first and second operating oil and gas fields will enable evacuation and export of additional natural gas from the TEN fields through the 58-km offshore pipeline of the Ghana National Gas Company (Ghana Gas) to its onshore Atuabo Gas Processing Plant.

The shutdown will lead to immediate curtailment of production and export of natural gas from the FPSO Kwame Nkrumah to Atuabo and subsequent curtailment of lean gas from Atuabo to the Aboadze Thermal Enclave, which presently relies on gas from Ghana Gas to generate electricity.

Aboadze has been relying on Atuabo since November 2014 to supply lean gas to generate electricity from its thermal plants and there are fears that the inter-connection exercise could result in “dumsor” within the period.

“That will ensure that Atuabo will operate continuously without the need for 4000-hours scheduled maintenance disruptions. When one compressor has to be serviced after 4000 hours of operation, we’d now be able to switch onto the other and carry out works without halting production.”

Oil production began on the TEN fields through the FPSO Atta Mills in August 2016, with gas production projected for February 2017.
Similar to Jubilee, development of TEN includes the use of an FPSO, which will be tied in to infrastructure across the field.

Mr Boakye speaking at a press conference last week, further advised that, in the future restructuring of the debt situation of the utility company should be a priority, “because if Volta River Authority (VRA) cannot raise money to pay for light crude oil they procure then it is a critical challenge.”

Mr Boakye questioned how the VRA can look at investments when it is burdened with debt adding, “government should set in motion plans to clean the balance sheet of the utility company.”

This, he said is important as it is government’s poor decisions which have led to the utility companies into debt situation.

There is light at the end of the tunnel, through the Energy Sector Levy as Mr Boakye believes it would serve as a cushion to enable government to sell off the debt and use the levy to amortise it.