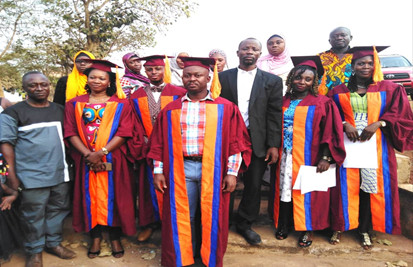 He said litigation, especially at the traditional law court, was fast becoming unpopular worldwide due to the cumbersome nature of the processes, resulting in long delays and frustrations.

It was, therefore, imperative for Ghanaians to show keen interest and resort to mediation, he said, which was much human centered and liberal in its processes for amicable settlement of issues.

Mr Musah made the appeal at the graduation ceremony for six conflict resolution professionals who completed their training at the Centre in Kumasi.

He said the ADR principles, which were embedded in societal norms and values, had been part of the traditional settlement of disputes in communities for many years.

ADR has now been recognized as an effective way to settle disputes and in 2010, an Act was enacted to provide for the settlement of disputes by arbitration, mediation and customary arbitration.

Currently, the ADR programme had been extended to 67 district and circuit courts across the country, with at least three mediators assigned to each of these courts.

Mr. Musah said even though the concept of mediation was quite new in some societies in the world, it was fast gaining grounds due to the ascendancy and complexities in global conflicts.

He advocated for more education and sensitization on the concept to help promote development and growth devoid of rancour and unsettled differences amongst people.

Mr. Christopher Barnieh, an educationist, tasked the graduating professionals to uphold the ethics of their job in the discharge of their duties.