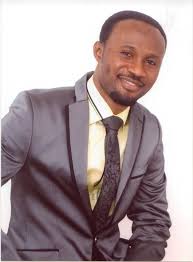 Prophet Prince Elisha Osei Kofi, General Overseer of the Power Embassy Ministries International has called on Ghanaians to work towards nation building and pray to God for successful polls this year.

He said no matter the hardship the country went through last year, God‘s grace and favour took Ghanaians through 2019 and entering 2020 was enough to be grateful.

Prophet Osei Kofi who made this call in an interview with the Ghana News Agency (GNA)in Accra said Christians should remain humble no matter their social, economic or political status, adding that ‘we should uphold humility and also we must strive to attain this value no matter the challenges we go through.

Prophet Osei Kofi said 2020 remained a critical year, where Ghanaians would go to the polls to elect leaders and noted that it was important to keep reminding everybody especially the church not to align itself with any political party.

He said it was not wrong for a Christian to belong to a political party, but was necessary that Christians devoted much time to seek the welfare of their fellow Christians and the nation at large.

The General Overseer advised church leaders to desist from false prophecies as far as election 2020 was concern.
Prophet Osei Kofi urged Christians to pray for infrastructural development and peace ahead of election 2020.

He called for a long term national policy, which would allow successive governments to complete projects initiated by their predecessors.