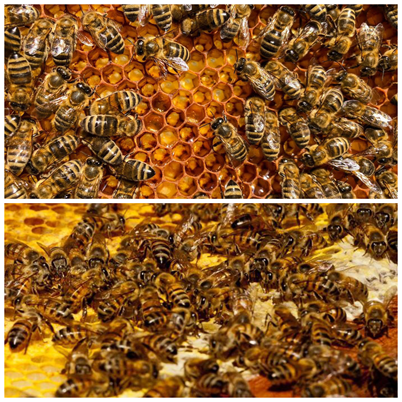 The Ghana Apiculture Platform (GHANAP), has called for the promotion of beekeeping for sustainable livelihoods and biodiversity conservation.

Bees and other pollinators, according to GHANAP, were critical to human existence due to the role they played in the environment, in food production, and the ecosystem function.

Dr Courage Besah-Adanu, Coordinator of GHANAP made the call at the first Ghana Honey Festival organised by GHANAP to mark Word Bee Day at Fumesua in the Ejisu Municipality.

The Festival was put together in collaboration with the Forestry Research Institute of Ghana (FORIG) with funding from the Danish Government and the Food and Agriculture Organisation (FAO).

It was aimed at providing a single platform for producers, processors, consumers, and other relevant stakeholders to share knowledge and innovations to grow the honey industry.

Dr. Besah-Adanu said despite the essential role of honey bees and other pollinators, they had been under serious threats around the world due to human activities.

He underlined the need for humans to recognise the important roles of bees and other pollinators in food production as the biggest beneficiaries of their existence.

He was worried that bees and other pollinators continued to decline in abundance as a result of many factors, including pesticide application and changes in climatic conditions

Dr. Besah-Adanu who is also a Research Scientist at FORIG also expressed concern about the adulteration of honey, saying the practice was a threat to the global honey trade with significant economic and nutritional consequences.

He said players in the honey value chain had adopted various nefarious means to adulterate honey without detection and advised consumers to buy from the source of production to be on the safer side.

Prof Peter Kwapong, Founder and Director of the International Stingless Bee Centre, said the main benefit of beekeeping was not the honey they produced but the pollination that kept flowering plants and vegetation to survive.

He said as a country that depends largely on cocoa for foreign exchange, we could not afford to ignore the survival of bees and other pollinators.