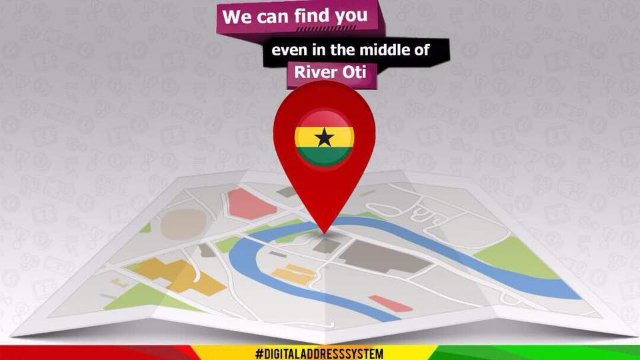 A group, the Coalition for Democracy Governance (CDG) says the GhanaPostGPS launched by the government is not accurate and for that matter it is a deceptive to the country.

According to the group, the GhanaPost digital address system running on global positioning system (GPS) is a serious position Ghana has adopted.

The coalition organized a news conference to seek questions with regards to the recently launched Ghana Post’s Global Positioning System (GPS) digital address system which was priced at US$2.5 million.

Addressing the media, Kingsley Kormla Elikem Mortey, a GPS expert said developing a physical address system for Ghana is far better than using digital address.
He argued that the GPS does not belong to Ghana and for that matter the owners of the system, which is the United State of American can decide to strip off the digital system from Ghana and it will create problem for the country.

“The GPS belonged to the US military and that US can easily manipulate the system which makes it dangerous for Ghana to use such system.”
“Living on GPS means that we are not safe as country. It is easy to be targeted by terrorist and other evildoers,” he stated, adding that it is easy for hackers to hack into digital address system like GhanaPostGPS.

Mr. Kingsley Mortey said could have use system such as Plus Code and What3words which offer similar platform as GPS does but more importantly accessing these platforms is free.
“Even though the physical address system is more expensive, Kingsley Mortey observed that it is much more appropriate and good for the country rather than relying on the digital address system,” he mentioned.

The Ghana[PostGPS was recently launched by President Nana Akufo-Addo to host the digital addressing system in partial fulfilment of the government’s promise to Ghanaians.
The project undertaken by Vokakom reportedly cost the country about US$2.5 million. After the launch some concerns have been raised about the amount involved and why the government should come out with such a system, where it is free available to users already.

Kingsley Mortey said if government want to pay anything at all concerning the digital address, should not have been more that GHc18,000 for services.

The company which developed the system, Vokakom is allegedly owed the Ghana Revenue Authority (GRA) tax to the tune of GHc3 million. However, the Deputy Minister of Communication, Mr. George Andah denied such allegation and mentioned that the company has filed it tax return in early 2017.

Responding to some of the issues raised by CDG led by Kingsley Mortey, the Deputy Minister said whatever the government has said about the GhanaPostGPS is accurate and useful to Ghana’s economy.

“This is accurate, good and helpful to businesses and individuals of this country,” he noted.