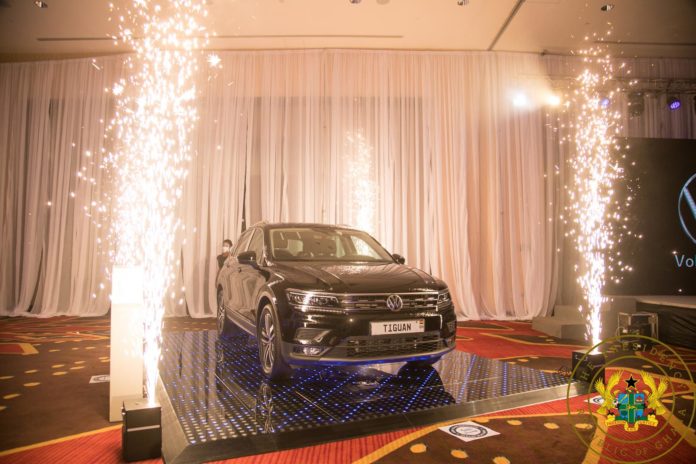 ‘’This is the first, and there will be many more to come’’. These were the words of the President Nana Addo Dankwa Akufo-Addo when the German car maker, Volkswagen, officially unveiled its first ever range of locally assembled cars.

The VW story was conceived in 2018 when the German Chancellor, Angela Merkel, visited Ghana to strengthen diplomatic and development ties.

This saw VW, become the first company to sign a Memorandum of Understanding (MoU) with the Ghanaian Government for the assembling of vehicles in the country. The car manufacturer, subsequently, registered its local company VW Ghana; a 100 percent subsidiary of VW South Africa, to manufacture six of its models, the Tiguan, Teramont, Amarok, Passat, Polo and Caddy.

The official unveiling of the six models on August 3, 2020, was the pinnacle of the success story for the first phase of VW’s car manufacturing project valued at 10.5 million dollars.

In the coming months, the Company is expected to roll out a second phase worth US$22 million dollars to produce an average of 10,000-20,000 cars annually, according to data by the Ministry of Trade and Industry (MOTI).

But the story of VW, as stated by the President, will be one of several car manufacturers expected to commence the assembling of cars in Ghana under the Government’s automotive industry hub; where Vehicle Assemble and Automotive Components manufacturing has been identified as a strategic industry to be supported as part of the nation’s Ten-Point-Plan for industrial development.

According to Trade Minister Alan Kwadwo Kyerematen, vehicles was among the top three import commodity items to the country. It represented 12.5 percent of the nation’s total import bill for 2018, which was estimated to be about US$12 billion – clearly depicting a very high demand and market for vehicles.

As a result, the Government plans to halve the high vehicle import by inducing the local production of vehicles through the Automotive Policy and developing car financing schemes to facilitate the purchase of new cars.

In the months ensuing, the Government is upbeat about more automobile manufacturers, launching their operations.

“Renault, Suzuki, Nissan and Toyota are some of the brands that have expressed interest to come in and start production. There’s also SinoTruck from China who’s already assembling here for the market, while discussions are ongoing with Honda to also begin production,” said Yofi Grant, CEO of the GIPC when questioned on what to expect after the VW official launch, in a recent engagement with the media.

He carried explained that the primary objective of the automotive industry hub concept was to create jobs, induce industrial growth and spur economic development in the country, contrary to agitations from secondhand car dealers.

The framework of the automotive industry hub is now set in the recently developed Automotive Development Policy by the Ministry of Trade and Industry. Here, the initial scope of the policy is to provide the necessary framework to establish the assembly and manufacturing capacity of Ghana.

The initial coverage of vehicles to be assembled under the policy includes new passenger cars, SUVs and light commercial vehicles, such as pick-ups, mini-buses and cargo vans. Additional Policy interventions are being introduced in the course of the implementation for assembling medium and heavy-duty vehicles and buses.

The policy also provides a number of fiscal incentives under the nation’s Tax Act such as Corporate Tax Holiday of five years for Enhanced Semi Knock Down (SKD) registered assemblers and 10 years tax holiday for Completely Knocked Down (CKD) registered assemblers. Again, the policy provides for a waiver of the import duties and related charges on any plant, machinery, equipment or parts of the plant, machinery or equipment imported for SKD and CKD Auto Assembly.

The recent passage of the Customs Amendment Bill, which placed restrictions on the importation of over-age and salvaged cars also bodes well for the establishment of this automotive industrial hub by dealing with the problem of grey markets.

Notwithstanding the fact that used cars make up the chunk of the Ghanaian car market, recent trends have also shown a gradual increase in demand for luxury and new vehicles in Africa due to a burgeoning middle class. This ,therefore, augurs well for Ghana’s developing automotive industry, which will not only serve local demand but the larger West African market, a region with more than 380 million people.

This ready market together with a conducive environment, backed by policies, places Ghana as the most visible location for a full blown automotive industry with endless opportunity for investment across the automotive value chain, which includes vehicle sales, aftersales, vehicle assembly and production.

With time, the domestic production and assembly of vehicles will have substantial multiplier benefits for the country by reducing the overall price of cars, thereby increasing purchases as well as boosting employment opportunities, technology transfers, industrialisation and export revenues for sustained economic growth. 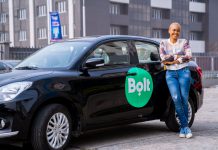