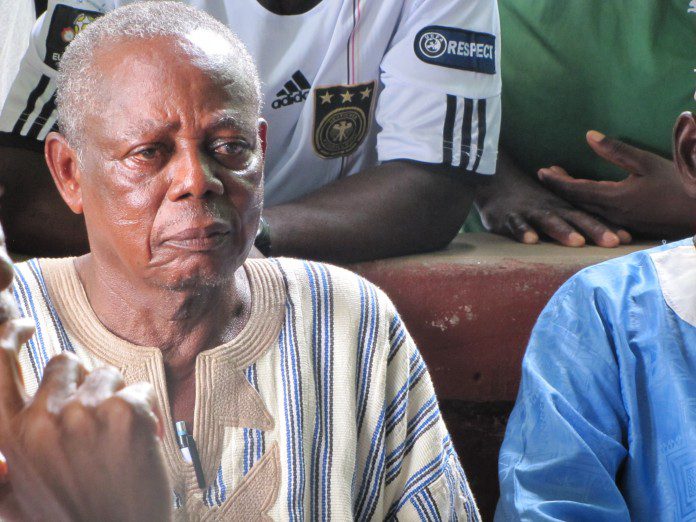 The Daily Express can confirm that there are illegal fishing activities along the coastal fishing communities in the country. This illegal fishing activity goes on in the Volta Region, Greater Accra, Central, Western Regions and some other fishing communities.
A visit to some of these communities, especially in the Western Region to ascertain the effects of the oil production at the Jubilee Field on the activities of fishermen and why they are unable to get enough fish whenever they go fishing,it was revealed that the fisher folks engage in several activities which affect their fishing operations.
Most fisher folks, especially those in the Western Region are using unapproved fishing nets (mosquito net), poisonous chemicals, dynamite and other illegal method for their fishing activities. This is really affecting their operation as they are unable to catch enough fishes as before. They have resorted to catching fingerlings only.
This is going on in about 21 fishing communities in six districts in the Western Region. The communities are Abuesi, Aboadze, Shama Apo, ShamaBentsi in the Shama District; New Tadi, Sekondi, Nkontopo and Ngeresia in the SekondiTakoradi Metropolitan Assembly (STMA); Busia, Butre, Lower Dicov and Upper Discov in the Ahanta West.
Also include Upper Axim, Lower Axim, Brewira and ApewoSika in the Axim District; Ankobra, Atuabo and Anokyi in the Ellembelle District; Half Assini, New Town, Effasu in the Jomoro District.
The Chief Fisherman of Abuesi, who is also the Chairman of Western Regional Fishermen Council, Nana Kondua,blamed his people for destroying the fishing business in the region.
?We can agree to the fact that the oil exploration at the Jubilee Field may be a factor, but that is not the main cause of our business collapsing. My people are destroying our business activities. They are not listening to the elders and this is having heavy effect on our community. For about 15 years now business is not the same,? he stated.
Tullow, the lead operator of the Jubilee Field has instructed all the fisher folks in those communities not to go near the exploration rig, and most of the fisher folk?s interviewedbelieves that is the main cause of the collapse of their business.
But Nana Kondualamented that he will not blame Tullow but rather his people. ?We are asking the people to stop the illegal fishing for a while and see what happen. But there is no any other business apart from the fishing, so they have been going for the fingerlings,? said Nana Kondua.
Nana Kondua therefore called for marine protection to protect the areas where the fingerlings are, so that the fingerlings will be allowed to grow before fishing.
Because of this illegal fishing activities and the fisher folks inability to harvest enough and grown up fish, it has affected the living standard of the people in some of the communities especially at Abuesi.
The women in particular do not have any job doing. Those few fish mongers in the community are also taking the opportunity to sell spoilt fish out to other buyers.
?We don?t get the fish to buy here. We have to go far from here and buy them. Yes there are few once which get spoilt by the time we get here, but even that we don?t sell the spoilt once,? one fish monger told Daily Express.
The Daily Express gathered that one hindrance to the development of these communities is togetherness. They have refused to come together in order to form partnership to fight for their common goal. This has resulted in lack of development in those areas.
An official from the Ministry of Fisheries and Aquaculture Development told Daily Express that the illegal fishing activities has come to their attention and the ministry is making sure that such activities end soon. ?We have taken keen interest in this and I must say that we are working seriously on that,? the officer told Daily Express.
Section 11 (1) of the fisheries regulation which talks about prohibited fishing method states that ?aperson shall notuse light attraction, portable generators, switchboard, 1000 watts bulb and long cable to facilitate light production or any other contrivance for the purpose of fishing; use any other prohibited fishing method which renders fish more easily caught for the purpose of aggregating fishing; or operate pair trawling.?
Section 11 (2) also states that ?a person who contravenes sub-regulation (1) commits an offence and is liable on summary conviction to a fine of four hundred penalty units or to a term of imprisonment of not more than twelve months or to both.?
Mr KyeiKwadwoYamoah is the Programmes Manager for Friends of the Nation,he blamed both Tullow and the fisher folks in the Western region.
Mr Yamoah said Tullow has prevented most of the fisher folks from getting closer to the rig. ?It is in the best interest of the fisher folks to adhere to Tullow?s instruction because of their safety. But at the same time the fishermen are not getting what they are supposed to get,? he noted.
He said several education and trainings for the fisher folks in other business ventures will help the people in those communities to be gainfully employed.
He also said that from 2009 to 2014, there have been unforeseen occurrences along the beaches of those fishing communities. He said between this period, 23 wales were washed ashore and most of them occurred in the Western Region.
?We are not sure whether this is the cause of the oil activities at the Jubilee Field or it occurred naturally. But investigation into this must be carriedby agencies like Environmental Protection Agency (EPA) to determine the actual cause,? he stated.
Meanwhile, Jubilee partners led by Tullow have denied been the cause of the problems in those fishing communities, especially concerning fishing. Tullow said they are aware of suchcomplaints from these communities and they are taken measures to address them.
The company made Daily Express understands that they are providing several social interventions to these communities. This includes sea defence and other business ventures.

Tanzania in new strategy to boost fight against illegal fishing