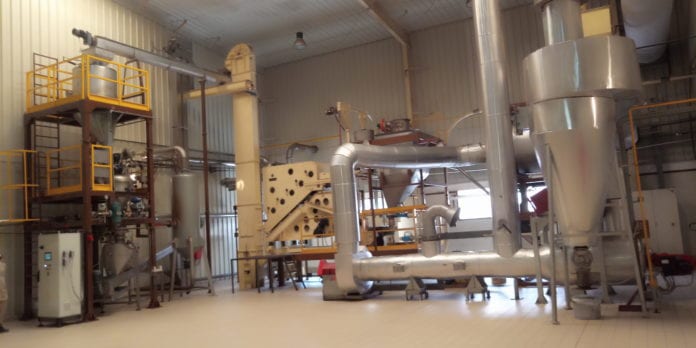 Ghana is one of the largest cocoa-growing countries in the world, second to Cote d’Ivoire. This country has traditionally exported almost its entire crop of cocoa beans for processing to foreign chocolate production plants.

Therefore, Cocoa Processing Company Limited, mostly owned by the Ghanaian Government and situated in Tema, was chosen in early 2004 to be expanded as the first step of consolidating the cocoa business inside Ghana.

The processing capacity of the existing plant was to be increased from 25,000 tonnes to 65,000 tonnes of cocoa beans a year.

In view of the above, the current government through the Ministry of Trade and Industry has taken it upon itself to vigorously pursue access to foreign markets for companies operating in Ghana.

Such Market Access Protocols including the Africa Continental Free Trade Area Agreement (AfCFTA), the Africa Growth Opportunity Act (AGOA) with the USA and Economic Partnership Agreements (EPA) with the European Union offer varying opportunities for companies operating in Ghana to increase their economies of scale.

The Ministry of Trade and Industry is coordinating the implementation of outreach programmes to sensitize relevant stakeholders and the private sector to take advantage of these market access protocols.

In order to continue to implement the Industrial Transformation Agenda and other Government interventions successfully, there is the need to attract foreign capital into the country through appropriate policy and regulatory reforms.

In his keynote address, he indicated that, government was going to continue to stay focus on the implementation of key economic reform programmes and policies to ensure that local industries are built to withstand the dynamic nature and volatilities of the global business environment.

He said, global value chains, technology trends, and the rising protectionist measures being implemented by some governments continue to disrupt conventional business models. It was therefore imperative for state institutions to support the local private sector with business friendly regulations to increase their productivity and become more competitive.

In pursuit of the that, Mr. Kyeremanten, indicate that, the current administration would continue to collaborate with the local private sector to enable their investments to contribute to the development of the country.

“The Ministry of Trade and Industry will, in the coming weeks, launch one of its flagship initiatives called the Public-Private Dialogue (PPD). This dialogue programme, seeks to establish and institutionalize a regular consultative platform between Government and the private sector operators to deliberate on important national issues, particularly those affecting the growth and competitiveness of the private sector. This is yet another indication of the Government’s committed to moving this country forward through industrialization and we can only do this with the involvement of strong businesses such as Afrotropic Cocoa Processing Company Limited.”

The sector Minister said, “I would like to again commend the Founder and the entire Management Team of this company for a good work done. It is my fervent hope that we will continue to count on the support and collaboration of Multinational Enterprises like Afrotropic Cocoa Processing Limited in our march towards economic growth and prosperity.

As a clear commitment to the socio-economic development of the country, the government led by His Excellency Nana Addo Dankwa Akufo-Addo will continue to support you and your operations in the country.”

Afrotropic Cocoa Processing Company Limited (ACPL), which is worth more than €20 million is a freezone company that process cocoa. It history goes back to 1924 with the establishment of J. Monta & Son Limited in Kumasi, by Mr. Joseph Monta, and that was just the beginning of the may business ventures that followed up in so many areas.

However, ACPL, was incorporated in 2002 with a factory being constructed in 2006, in Tema, close to the Spintex Coca Cola roundabout.

ACPL, began its mass cocoa liquor export operations in May 2007. Between the years of 2012 and 2015, ACPL experienced low productivity and inactive due to the global economic crisis. In 2016, production resumed under a new commercial agreement between ACPL and the Italian company Nutkao, that led to a substantial investment program and to the acquisition of Afrotropic in April 2018, when 100% of the shares were purchased by Nutkao Group.

In his welcome address, the Managing Director of Afrotropic, Mr. Marc Nijssen, noted that, “Today, ACPL can boast of a capacity of 15,000 tonnes of cocoa beans which are proceeds into cocoa nibs, cocoa liquor, deodorized cocoa butter and cocoa cake.”

He said, a powder line was being installed and will be operational by the 2nd quarter of 2019, allowing ACPL to span the full range of cocoa semi-finished products.

Significant about the company, Mr. Nijssen said, was that, it had already employed about 350 people and was going to employ a lot more going forward.