Ghana has, as at Thursday, June 25, recorded 15,472 cumulative cases of the novel coronavirus, with 9,146 coming from enhanced contact tracing.

Also, 6, 327 had come from general surveillance involving those who present symptoms suggesting that they may be positive.

Dr Patrick Kuma Aboagye, the Director General of the Ghana Health Service, who gave an update on the case count and its management in Accra, said 460 new cases had been recorded from 34 districts and nine regions.

Also 22 people are in severe condition and six in critical condition, with 95 deaths.

He said the total number of active cases, the most important people that required attention, were 3,947, made up of the asymptomatic, who were either being treated at home or at the hospitals.

Dr Aboagye said 64 per cent of the new cases were reported from the Greater Accra Region being mainly institutional outbreaks, while 36 percent came from the remaining eight regions.

He explained that in the Eastern Region, 44 new cases came mainly from Kwahu West, with the Nkawkaw area, West Akim, and Lower Manya areas having 21, and Asuagyman – eight.

Of the 44 from the Western Region, 22 came from Sekondi-Takoradi Metropolis, and the remaining 22 from Effia Kwesimintsim, Amanfi West and Amenfi East.

“The Tarkwa outbreak is under control, with Upper East and Volta regions recording no case, Dr Aboagye stated.

Dr Aboagye expressed the hope that as the public continued to adhere to the COVID-19 protocols there would be a further decline in cases.

Of the discharged, he said Ahafo Region had only one discharge and it was hoped that by the end of the week most of the people would have crossed the 14-day period and many would be discharged.

Ashanti Region had 1,995 cases discharged and Greater Accra had 6,696, with majority of the deaths coming from these two regions.

He advised the public to report early on the disease so it could be managed properly to save lives. 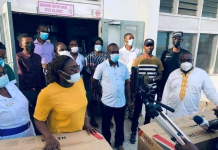 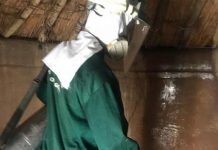 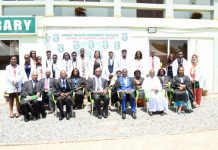 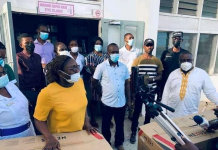