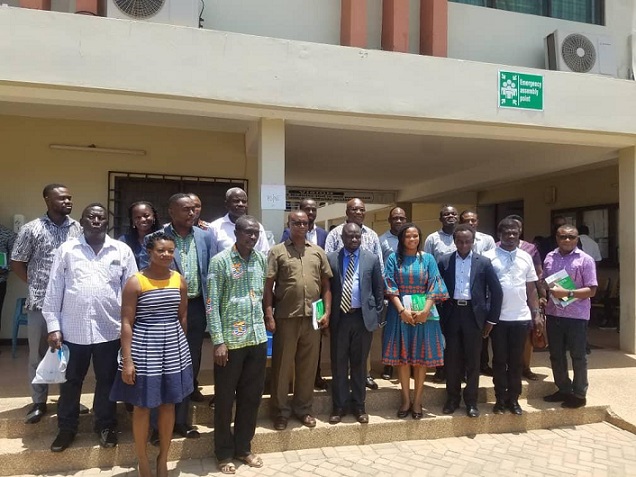 Ghana’s economy recorded a growth of 0.8 percent to bounce back to the path of growth in the last quarter of 2020 after contracting for the previous two quarters, the Ghana Statistical Service (GSS) has disclosed.

The second and third quarters of 2020 saw a contraction of 0.8 and 3.2 percent respectively.

The growth, according to the GSS was largely driven by the Agriculture and Services sectors which grew by 8.2 and 4.6 percent respectively.

The industry sector, however, contracted and thus contributed -0.4 percent to GDP although the manufacturing sub-sector recorded a 14.2 percent growth in the period under review.

Professor Samuel Kobina Annim, the Government Statistician announced the figures at a press briefing in Cape Coast on Wednesday.

The main sub-sectors that expanded in the fourth quarter were Information and Communications, Public Administration and Defence, and Social Security, Health and Social Work, Crops and Cocoa, Trade, Repair of Vehicle, Household goods, Real Estate, Manufacturing, and Construction.

Prof. Annim said the Services sector remained the largest sector of the Ghanaian economy with a share of 40 percent GDP, followed by the Industry and Agriculture sectors with 39 and 21 percent shares respectively.

He indicated that the manufacturing sector recovered from a contraction of 1.8 percent in the third quarter of 2020 to grow by 2.9 percent in the fourth quarter.

The key sub-sectors that contracted and contributed negative GDP growth in the fourth quarter were hotels and restaurants, electricity, mining and quarry, professional, administrative and support service activities and forestry and logging.

The GDP growth rate without oil and gas (Non-Oil GDP) for the fourth quarter of 2020 is 4.5 per cent which compares to the same period in 2019 with a growth rate of 5.9 per cent.

Also, the GDP growth rate including Oil and gas in the fourth quarter is 3.3 percent as against 6.0 in the same period 2019.