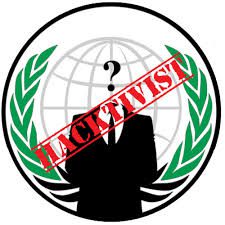 A ploy by some unscrupulous local hackers in collaboration with their external partners to hack into the operating systems of Ghana?s Electoral Commission (EC) one month before the 2016 presidential and parliamentary elections has been exposed.

A patriotic hacktivist speaking in an exclusive interview with TodayGhanaNews.com from his base in an eastern European country hinted that, there is a serious ploy by a group of hackers to hack the system of Ghana?s Electoral Commission just month before the 2016 general elections.

He has therefore appealed to authorities in Ghana to backup their electoral system data or contact some hackers to try hacking into their data to pinpoint the loopholes in the system before 2016 elections.

(Emphasis mine, there are hackers who break into systems and don?t necessarily destroy them, but with the public?s best interest at heart. These people are white-hackers, or ?good hackers?; White-hat hackers are those individuals who break into systems to point out security flaws or bring attention to a cause. Their intentions are not necessarily to wreak havoc but to do a public service).

It would be recalled that not long ago, hackers breached the website of the Nigeria Independent National Electoral Commission (INEC) compromising their data and system before it was partially restored. This led to voting in Nigeria been marred with equipment failures and violence, even forcing voting to be extended in some areas.

President Goodluck Jonathan tried for almost an hour to register in his home village of Otuoke before coming back a second time due to a technical failure.

The hacktivist revealed to TodayGhanaNews.com that, the hackers have been working with their Ghanaian counterparts since 2004 and recently were able to hack into one popular private radio station based in Accra with tiers to the ruling government.  Saying, they were able to setup a Trojan that takes out most of their flagship programs online and that has affected the radio station (name withheld) to an extent that they have to create a new website.

According to the hacktivist, the motivation behind his exposure is to safeguard peace, lives and property in Ghana. ?Recently, Africa and the middle east have known no peace due to selfish interest of some few individuals. These are some of the small and little reckless behaviors that can jeopardize peace in Ghana and West Africa,? he added.

He said, to the best of his knowledge, the hackers are in breach of the rules and ethics of hacking and ethical hacker.