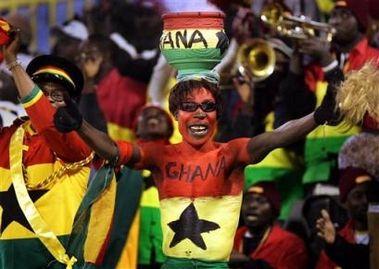 Mr. Kpa’s trip to Brasil, hosts of the two multiple sports festivals, Olympic and Paralympic Games, was under the auspices of the the biggest television station in Brasil, Globo TV. 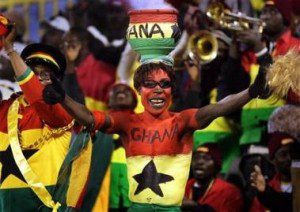 This follows his selection as the third best football fan by the TV Station in a special competition, during the 2014 Federation of International Football Association (FIFA) World Cup in Brasil.

During the two-week programme, Mr. Kpa, will visit some of the venues of the event Paralympic Games and take part in some television discussions on football and sports in general.

Speaking to the GNA Sports, before his departure, Mr. Kpa said, he was not surprised by the invitation from the television station, which organized the competition.

According to him, the two-week programme should have been executed immediately after the world cup, but noted that it was better late than never.

Mr. Kpa, said the two-week programme offers him the opportunity to exhibit the true sportsmanship, by galvanizing support for the Paralympic Games and other activities he will be engaging in.

Mr. Kpa is unique for dressing like a fetish priest during football matches especially when the national teams are playing.

He dresses in a war smock, with kente trousers, with a powdered face, dreadlocks and traditional hat to match.

He became very popular during 2014 World Cup among the Brasilian fans.