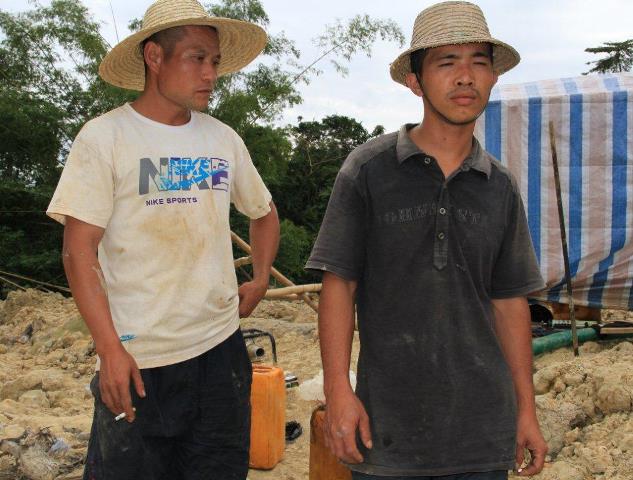 Dr. Kwame Nkrumah, my all time African personality and admittedly still the finest Ghanaian leader who has ever ruled this country of ours made a very pronounced statement on the eve of independence at old Polo grounds. It’s a thought-provoking one I must say. Kwame Nkrumah in his own words said something that suggested that our independence would prove to the whole world that the black man is capable of managing his own affairs. 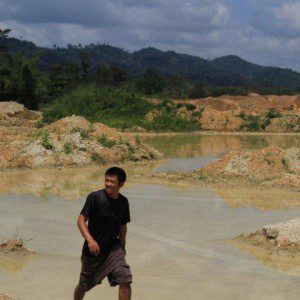 The line “to prove to the whole world that the black man is capable of managing his own affairs” in his full-text speech runs shivers in the spine of every conscious African, particularly the black man. It makes one to believe that the independence of Ghana was a test case for black man to be economically and socially free from colonial influence and dictates. It’s a thought-provoking statement made by Dr. Kwame Nkrumah then, but 60 years after Ghana’s independence, there is a rhetorical question that put in conflict with Kwame Nkrumah’s “black man is capable of managing his own affairs” statement. The question is, has Ghana and Africa been able to manage their own affairs economically and socially?

As to whether the black man has really been able to manage his own affairs considering what is happening in Africa by the conduct of our leaders and the attitudes of we the ordinary people is just another question that remains rhetorical. May be the only person who can answer that question is Kwame Nkrumah himself if he should wake up from his grave and see how disappointing we have been as African, particularly Ghanaians.

Have Ghanaians really been able to manage their affairs 60 years after independence from colonial rule? The rate at which we are being engulfed by illegal mining using the open cast method of mining popularly called “galamsey” should tell you that we have been very disappointing managing our own affairs as Ghanaian.

What makes us more irresponsible is the rate at which we have foreign nationals actively involved in illegal mining in Ghana, degrading and depleting our natural resources and water bodies right under our watch. My much more pains are the Chinese who have been able to fly all the way from Asia to West Africa and landed in Ghana and start to do illegal mining with impunity when clearly our laws forbid that, but right under our watch with our leaders who seem to be more irresponsible than even we the citizenry. It’s a pity to see mother Ghana being raped by these Chat with our tacit approval.

It is believed that there at least 20 000 to 50 000 people involved in illegal mining or “galamsey” in Ghana including women, children mostly of school going age and substantial number of foreign nationals from neighbouring West African countries and the Chinese from Asia whose involvement in illegal mining is increasingly becoming a threat and insecurity to our very lives.

The Chinese involvement in illegal mining in Ghana is even becoming a threat to our security yet we are all watching on as a country and people. Very recently in the Western Region, a news story made by TV3 network showed how the Chinese have bought arms for the youths to guard “galamsey” pits and that is very dangerous yet we care less about these things with our passive attitudes. Some of these pits are dug behind some houses which pose a serious threat to people particularly children who are reportedly drowned in “galamsey” pits every now and then.

What is remarkably worrying is how the Chinese involved in illegal mining are arming the youths in these “galamsey” areas with sophisticated weapons to guard these pits. This is likely to bring us security problems if we do not nib it from the bud. What is the guarantee that these youths with these kinds of sophisticated weapons in their arms will not involve themselves in robberies and other violence crimes? Just recently in Kumasi, a Chinese woman was arrested with sophisticated weapons and only God knows where she is sending them. These are negative signals that should get us worried as Ghanaians but it appears no one cares.

Those days when I was a young boy, I used to hear “galamsey” activities in far away Tarkwa, Obuasi and other areas like Prestea and Akwatia. In fact, as a young boy growing up in Tarkwa, I used to be involved in this kind of life threatening “galamsey” activities until I moved to Takoradi. At Takoradi, some of my friends still travelled to known mining centers for “galamsey” until recent times when almost every part of the country particularly the southern belt seems to have been engulfed by the activities of these illegal miners.

I was very surprised to hear in a TV3 news broadcast recently that “galamsey” activities at Ewusiejoe are on the ascendancy and for that matter, river Butre which used to be one of their major source of drinking water is heavily polluted now. That day I cried a lot. “Galamsey” is now at our doorsteps in Takoradi ? It’s really a shame on us managing our own affairs this way as black people particularly Ghanaians.

This pervasive illegal mining is not only a threat to our lives but rather put the future of our beloved Ghana in a bleak if we continue to look on unconcerned particularly with the involvement of these Chinese who are using heavy duty excavators to destroy our farmlands and polluting our water bodies with poisonous chemicals. We will soon have crisis with the way we are managing our “galamsey” affairs.

All our major rivers are being polluted and aquatic life is gradually going on extinct. The once beautiful Pra river has suddenly turned mudy and heavily polluted due to “galamsey” activities. It is very sad these days to behold the Pra river when crossing it to Accra or from Accra to Takoradi. The same applies to the mighty Ankobra river, Tano river, Birim river and other bigger rivers and streams in the country yet we are watching on. It’s sad to see Ghana bury driven on that tangent.

These rivers for years have been a major source of drinking water for thousands of communities stretching along the courses of these rivers to their mouths. The total economic activities of these communities over the years have depended largely on these rivers which are currently under threat due to heavy pollution emanating from “galamsey” activities. With this kind of pollution that comes with the chemicals used in the illegal mining, we are very sure that thousands of lives are being put at risk under the watch of National Minerals Commission and our environmental protection agencies and ministries responsible to ensure that “galamsey” activities are regulated. We should be ready to expect some epidemic soon.

The rate at which farmlands are being turned into illegal minting sites should tell us that the future of Ghana and our food supply hangs in a balance. There is an anticipated shortfall in cocoa production if this illegal mining is not checked with immediate effect. Our economy stands to be in serious crisis since we all know that cocoa is one of our major cash crops and the mainstay of the our economy.

60 years after independence, and after that famous and pronounced statement that “the black man is capable of managing his own affairs” and crowned that famous speech with another pronounced and echoing one that many political pundits believe was a catalyst in the liberation from colonialism in Africa with “Ghana your beloved country is free forever”, we still ask. Are we really free ?

So here we are politically free but we have not been able to manage ourselves and the pervasive illegal mining popularly the called “galamsey” is a test case that we failed woefully.

Nothing hurt me than to see a Chinese holding pickaxe and shovel illegally mining gold in Ghana with an impunity. 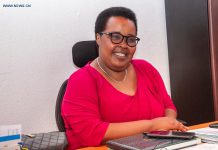