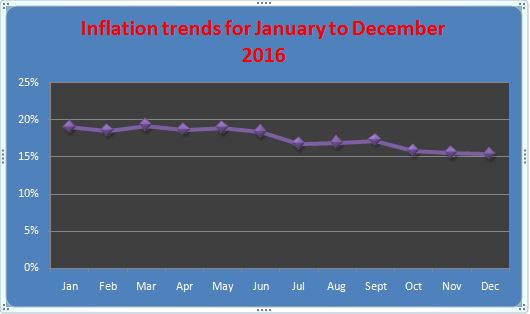 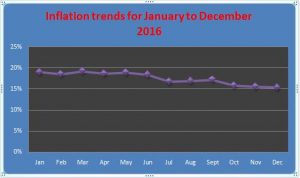 The rate of 13.3 per cent is the lowest since December 2013.
The monthly change rate in January 2017 was 2.8 per cent compared to the 0.9 per cent recorded for December 2016.
The Acting Government Statistician, Mr Baah Wadieh at a press briefing in Accra, attributed the fall of the rate to lower non-food inflation and the base drift effect.

The main price drivers for the non-food inflation rate include transport, education, recreation and culture, housing, water, electricity, gas and other fuels.

The food group inflation rate stood at seven per cent with meat and meat products, coffee, tea and cocoa, fish and sea food, mineral water, chocolate and confectionary as the major drivers.

The year-on-year inflation rate for imported items was 15.4 per cent in January 2017 was 2.9 percentage points higher than that of locally produced items of 12.5 per cent.

The Upper West Region recorded the highest year-on-year inflation rate of 13.3 per cent, followed by the Greater Accra Region with 13.9 per cent while the Volta Region regions recorded the lowest rate of 11.6 per cent.