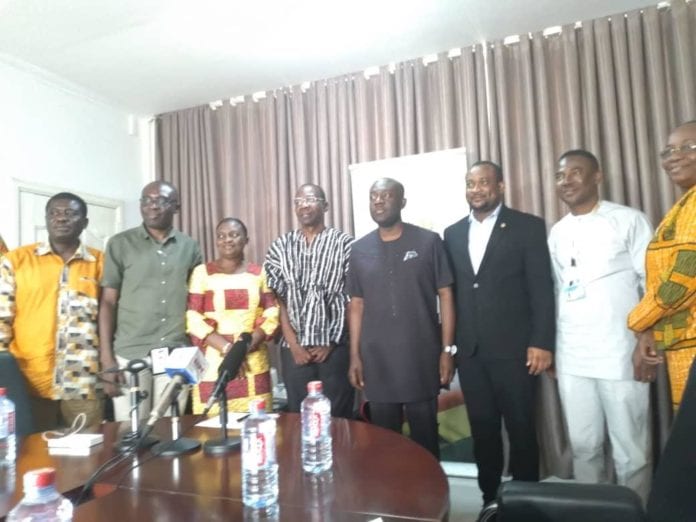 Mr Kojo Oppong Nkrumah, the Minister of Information, on Friday, expressed concern about the creeping challenge of fake news in the Ghanaian media space.

He said the phenomenon is gradually gaining root with instances whereby the mainstream media outlets now publish some of the stories flying on the various fake news platforms.

“It is a debacle we must begin to confront, especially coming at a time people are now faking videos, which almost look real with the necessary algorisms and photos infused into a video about things you have not even said,” the Minister said.

He cited, for instance, the Menzgold saga whereby some media houses published that Nana Appiah Mensah, the Chief Executive Officer, of the gold dealership firm would arrive in Ghana on Thursday, January 17, which happened to be false.

Mr Oppong Nkrumah made the observation when the President of the Ghana Journalists Association (GJA) Mr Roland Affail Monney led members of the National Executives of the Association to pay a courtesy call on him at the Ministry, in Accra.

The Minister said the time is ripe for stakeholders in the media space to engage in a roundtable discussion to find ways to identify fake news and tackle it because the trend threatens the mutual existence of the mainstream media and the work of professional journalists.

Mr Oppong Nkrumah also underscored the need for media practitioners to differentiate between opinion and facts in news stories so that people did not consume opinions as facts.

He, therefore, called for policy guidance on the usage of information from social media platforms to protect the sanctity of information given out as news.

The Minister announced that a roundtable discussion platform would be organised among key media stakeholders later this year to find solution to issues confronting the media landscape.

The GJA President, on behalf of the Association, congratulated Mr Oppong Nkrumah on his elevation to the status of a Minister State and pledged its support to him.

He used the visit to officially invite the Minister and the Ministry to play a key role in its 70th Anniversary Celebration slated for August 15, this year.

The anniversary would be launched in early February and would be climaxed on August 15, this year.

Mr Monney asked the Minister to use his influence in government to get the Vice President Dr Mahamudu Bawumia to launch the Diamond Jubilee celebration, while President Nana Akufo-Addo became the guest speaker at the event in August.

The GJA President was accompanied by his vice Mrs Linda Asante-Agyei, and Mr Edmund Kofi Yeboah, the General-Secretary of the Association.

The Information Minister, responding to some of the concerns raised by the GJA, said one of the strategic plans of the Ministry this year was to deepen its relations with stakeholders, including media houses, media owners, journalism and communication training institutions and civil society organizations.

This, he said, would remove the yesteryears of antagonism that existed between media institutions and government to foster national development.

He reiterated government’s plans to provide scholarships to practicing journalists by the first half of the year to enhance their capacity under its “Capacity Enhancement Programme”, while the Ministry of Business Development would offer technical and financial support to bloggers to enhance their professionalism, especially those in development journalism space.

The GJA President solicited the support of the Ministry towards the organization of its Diamond Jubilee celebration.

The GJA President made reference to the gruesome murder of Ahmed Husein-Suale, the Tiger Eye PI Investigative Journalist, who was gunned down by unknown assailants on Wednesday, January 16, at Madina, while he drove home.

He believed that the only way to halt the litany of attacks on journalists in the country was to thoroughly investigate the heinous crime and bring the perpetrators to book.

“We will continue to push for justice to be done or else it will grant impunity to people to continue attacking journalists and dim our beacon of democracy,” he said. 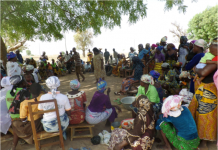