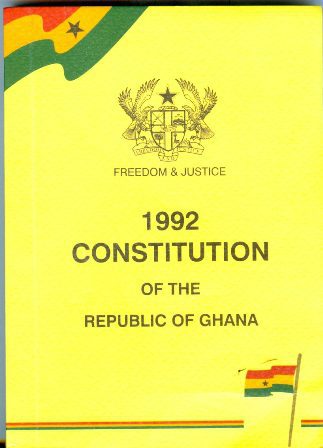 Chief Superintendent Jones Blantari, Programme Coordinator of Ghana Police AIDS Control Programme has called for a review of the Constitution to make it more explicit on the prosecution of Lesbian Gay, Bisexual, Transgender, Inter-sexual and Queer (LGBTIQ) offenders. He said most Ghanaians considered the Bible or Quran as the supreme law instead of the Constitution, but the current law was clearly inadequate on and its application to prosecute LGBTI in Ghana.

“What is being done is taking advantage of convenient Public Outrage on activities that may seem morally reprehensible and this does not help”.
Chief Superintendent Blantari made the call at a day’s workshop on Transformative Framework for LGBTIQ Community organised by Inerela+gh.

It was attended by Men who have Sex with Men (MSM), clinical Psychologist, Christian and Muslim faiths, case managers, youth leaders and peer educators.

Inerala+gh is a faith based organisation actively involved in reducing the spread and impact of HIV and AIDS among religious leaders and their congregations as well as LGBTIQ who lives with HIV.

Superintendent Blantari explained that though some efforts had been made by the Ghana AIDS Commission (GAC) and Justice Kpegah a former Supreme Court Justice over the past, nothing had been done to amend the law.

He noted that even though the Ghana’s law criminalises unnatural carnal knowledge, the practice of MSM, was on the rise.

According to the GAC, MSM who are also HIV positive in Ghana were over 30,000 representing 17 per cent and could be found in all 10 regions of the country.

He explained that Section 104 (1) (b) of the Criminal code state, “Whoever has an unnatural carnal knowledge of any person of 16 years or over with his consent is guilty of a misdemeanor,” while (1) (a) of the same code, which makes reference to sodomy, states, “whoever has unnatural carnal knowledge of any person of the age 16 or over without his consent shall be liable on conviction to imprisonment for a term of not less than five years and not more
than 25 years.”

This he said makes such act of unnatural carnal knowledge a criminal offence adding, “The law is, however, silent on any form of punishment for lesbianism that is, sexual relationship between two females”.

He said the law prohibited unnatural carnal acts, which included homosexuality, but very few had been prosecuted for such acts due to the nature of the law.

“Persons who engage in lesbianism fall foul of the law, but compared to sodomy and homosexuality, such conduct carries a less severe sentence as far as the Criminal Code is concerned”, he added.

Superintendent Blantari expressed concern about the stance by churches and mosques describing homosexuality as a social and moral canker, some human right activists in the country had also considered the subject a human rights issue.

He called for the need to have a law that would streamline and distinguish between moral and rights as well as the ensure enforcement of the law.

Mrs Yaa Fosuah Asare, a legal Practitioner explained that being, a LGBTIQ was not a crime but unnatural carnal knowledge was and as much as such group of people were humans with rights, there was the need to create a safe space for them to discuss the issue to know the way forward.

Mrs Mercy Acquah-Hayford, Country Coordinator of Inerela +gh said the organisation was working hard towards having a nation free of stigma, shame, denial, in-action and mis-action among religious leaders would become non-existent and the church a safe space for the key population.

She said most of the young men and women were people who had access to good quality education and were from diverse cultures and religious background with many of them experiencing sexual violence and abuse at a point in time in their lives.

“The choice of sexual pattern exposes these individuals to a higher risk of acquiring HIV as compared to the general population.”

She noted that MSM were the new drivers of the virus and was very common in the secondary schools and there was the need to focus more in the boy’s schools.

“These boys have had their anals destroyed with watts, and other infections, and we have supported some of them treating their wounds and a very high cost”.

She appealed to other organisations to assist them identify and treat MSMs as well as LGBTIQ and make the country free of the deadly HIV virus.