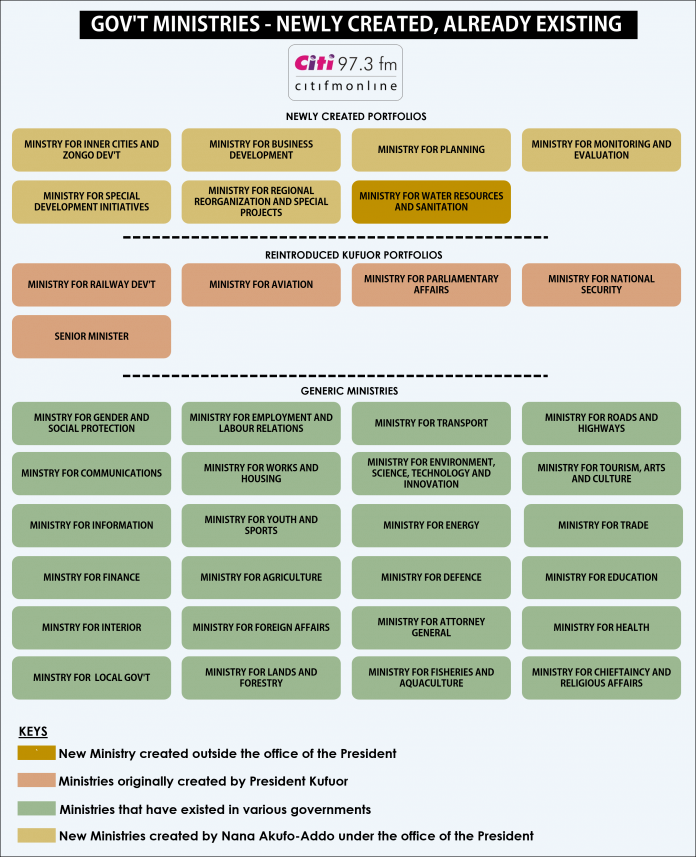 President Nana Akufo-Addo has named some 36 appointees to fill various ministerial portfolios in his government.

Ahead of the vetting and final confirmation of the appointees to occupy their respective positions, some Ghanaians have raised eyebrows over some ministries introduced by Nana Akufo-Addo, but were non-existent in the immediate past John Mahama government. 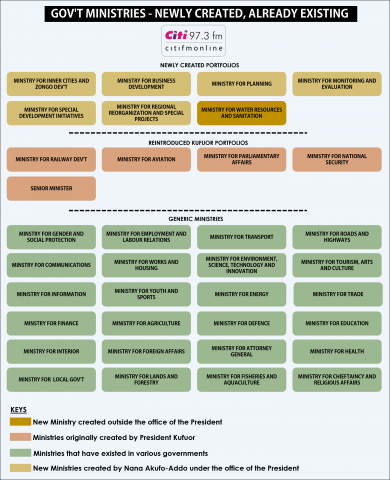 Special Forex Market To Be Created For Petroleum Importers

US Cyber Security Summit to Raise Issues Already Under Discussion