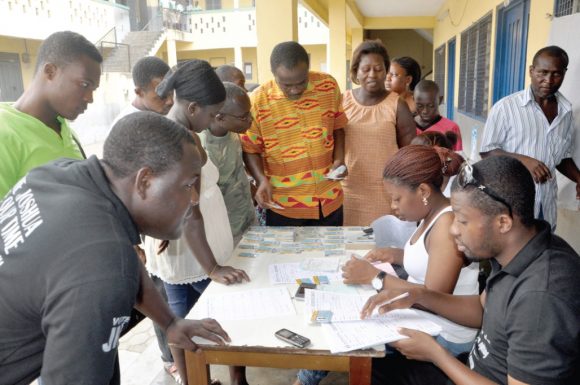 The Director in charge of IT Applications at the National Information Technology Agency (NITA), Mrs. Veronica Boateng is advocating for three acceptable identification cards in the country, instead of having about seven different identification cards.

“We can use only three identification cards which will have the same functions of all the seven existing cards we have in Ghana,” she told Daily Express in Accra.

However, Mrs. Boateng stated that we can make it a law to have only the voters ID card, the National Health Insurance card and the driver license. “These cards are commonly used in the country,” she added.

She explained that the voters ID card will serve as a document for voting purpose, the national health insurance card serving the purposes of securing medical attention while we have the driver licenses for driving purposes.

Some Ghanaians Daily Express talked to are of the view that Passport should be added to these list, but the NITA Director of IT Applications said the percentage of Ghanaians who acquire passport are less than those who seek to have the three mentioned cards. “We should have these cards depending on the service of the cards,” she added.

She suggested that apart from having the driver’s license and the voters ID card, we can have one National Health Insurance card which will combine the functions of E-zwich Card, Health Insurance Card, Social Security Card and any other one.

“It creates a problem for the citizens especially at a point one has to hold about seven (7) different identification cards and pull each one of them as when you need to. If you lose your wallet or bag, remember you lost about seven different cards,” she told Daily Express.

“Why can’t we merge all these cards to have a maximum of three?” she asked.

“If we have well established National Identification Authority we should be able to receive the services we required as citizens,” said Mrs. Boateng.

Mrs. Boateng said this has allowed some state institutions to produce their own ID cards because many of them do not want to wait for NIA.

She mentioned some of the challenges in implementation the e-government system to be multiples use of ID cards. “Some Ghanaians don’t keep one particular name. It is easy to find different name on ones voters ID card and another name on the persons Health Insurance card. It makes difficult for identification purposes,” he stated.