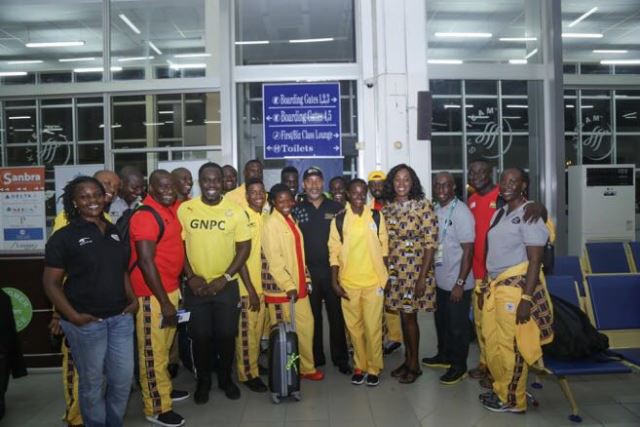 In a move that signals a broader scope of support for sports, GNPC indicated that it will support the Ghana Olympic Committee to identify and nurture talents to ensure that Ghana is adequately represented on the world stage, in particular, at the 2016 Olympic Games in Rio, and at the Olympic Games at Japan in 2020.

Alexander Mould, Chief Executive of GNPC said: “The Olympics are the world’s biggest spectacle and we are proud to play our part to ensure that Ghana participates. Although most people associate us with football, GNPC is already expanding its scope across sports, and working with key stakeholders to identify where we can make the most impact through infrastructure, partnerships and initiatives. We are already sponsoring Ghana’s Fastest Human competition, to help produce formidable athletes that can feed into a sustained Olympic programme for Ghana.”

The President of the Ghana Olympic Committee Professor Francis Dodoo, in acknowledging GNPC’s support, observed that GNPC’s role as an enabler in the area of sports development is timely and strategic. Mr. Dodoo added: “The current Ghana Olympics squad, comprises mostly of young athletes with an average age of 22 years. We believe exposure at the Rio Olympics will develop them further to make a bigger impact in 2020. We also have the fastest female 100m quartet in Africa, who have recorded the fastest time ever. All of this means that we have a great future ahead.”

Honourable Nii Lante Vanderpuye, the Minister for Youth and Sports, said: “On behalf of the Government and the Ministry of Youth and Sports, we wish to express our sincere thanks to the Board and Management of GNPC for responding to our appeal to support Team Ghana. This patriotic act hopefully would be an example to other Corporate institutions to emulate”.