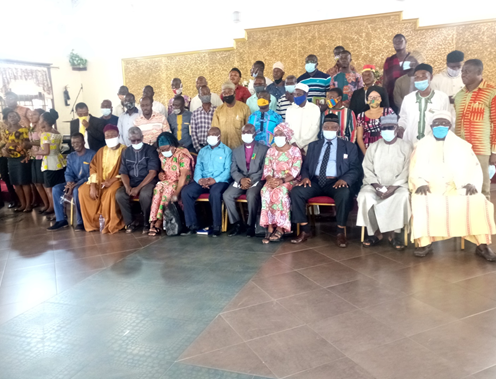 Madam Silke Hollander, UNDP Representative to Ghana on Monday said Ghana is a beacon of peace in the West African sub-region and must not take the peace enjoyed for granted.

She said the economic progress enjoyed by the nation was as a result of the peace that prevailed in it.

She said the achievement must be preserved by coming against all forms of localized violence be it tribal, chieftaincy, or communal which threatened the peace enjoyed in the country.

She said this at a Summit held in Accra to commemorate the “International Day of Peace” on the theme; “Shaping Peace Together-“The Role of the Youth in Peacebuilding”.

She said as the nation marked the Peace Day it was important to remind each other to uphold its culture of peace and live for peace each day.

Madam Hollander said the International Day of Peace was established in 1981 by the United Nations General Assembly and two decades later, in 2001, the General Assembly unanimously voted to designate the Day as a period of non-violence and cease-fire.

She said the Sustainable Development Goal 16 (SDG16) by the United Nations stands to promote; Peace, justice, and strong institutions.

She called on all stakeholders and peace actors to work in solidarity to promote peace especially in these times where the whole world was battling a global pandemic.

She said more than ever the is the need to create a social bond to help solve most challenges faced adding that the potentials of the youth must be realized and given the needed platform to share their ideas.

Mr Isaac Jay Hyde, President, National Union of Ghana Students (NUGS) said the youth must leverage technology to promote peace and not be swayed by fake news items within the internet domain.

“We must agree that we will not allow ourselves to be used for political violence,” he said. He said the youth was the future of the nation and should take responsibility to preserve the peace of the nation to ensure a better future.

Richard Offei, President, Ghana Dream Disability Foundation said the youth should guard themselves against political influence to indulge in political violence of any kind.

“Don’t mind the politicians they have diplomatic passports, if anything happens they will travel abroad with their families and leave us to suffer,” he said.

Gladys Binney, Founder, Auntie Is Merkezi Organisation (a girl-child advocacy group) said Ghana has been an example to the World haven conducted peaceful elections over the years and must not disappoint in the general elections.

She said there is life after the election and the peace of the nation must not be traded for political power.
She urged the youth to pledge to stand for peace.